We have some exciting Marvel Future Fight news to bring you now from SDCC 2015. Developers from Netmarble have confirmed that the next update for the game will be bringing co-op to Future Fight, allowing you to play the game with your friends or family.

Even better, we can confirm that this update will be available at the end of July so we only have three weeks to go. Given the fact that the Ant-Man update has just dropped, players are really getting spoilt with new content right now – long may it continue.

While the developers were reluctant to go into details on the new co-op element for Future Fight, we have a feeling that they were eluding to the Multiplay feature of Villain Siege that is currently in-game, but locked at the moment. 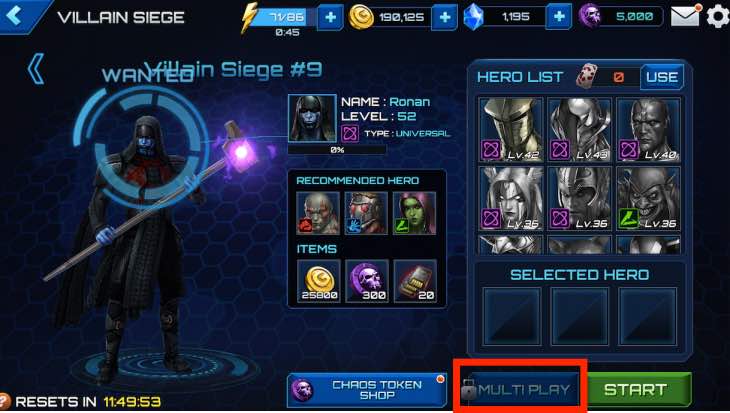 Of course, we would love to be wrong on this and find out that the co-op feature works on normal and elite missions too. We have a feeling that Villain Siege co-op will come first though, then be extended to other areas of the game as it’s probably quite a challenge for Netmarble to do technically.

So presuming that multiplay for the Villain Siege is coming, how will it work? Netmarble said at Comic Con that it will be co-op in realtime, so it won’t be like using an AI clone of one of your friends which is fantastic.

We’re also predicting new bosses with double the HP of standard villain siege levels, which in-turn will hopefully yield double the rewards. Players need another source of free biometrics and gold, so hopefully this co-op feature will hold the key.

Once we have more details to share, we’ll let you know. In the meantime discuss ideas on how you think it will work and what you personally want to see from a co-op mode in Villain Siege.

Don’t forget to advertise or join a Future Fight Alliance here – we also have limited slots available for our own Alliance in the game!