We are coming up to the 1 year anniversary of Marvel Future Fight, with players expecting to receive some nice goodies as a reward for their loyalty over the last 12 months.

For those wondering when Marvel Future Fight launched, it was on April 30, 2015. Hopefully this means that we will see a special event just before this date occurs and actually Netmarble are already teasing that something is on the way.

A recent update over at Mobirum confirms that Netmarble intends to ‘give back to the community’ during this event so with this in mind we want you to tell us what you’d like to see.

What would satisfy you as a one year reward? Some suggestions could be a a free Black Order hero, multiple 6-star comic card rewards, another token event offering free 5 and 6-star rank up tickets, 6-star awakening iso giveaways or good old fashioned crystal handouts every day. 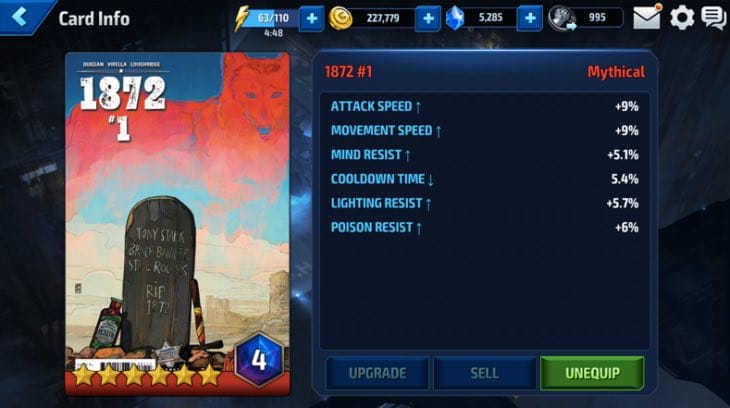 Which of the above would you like Netmarble to offer the most, or do you have a better idea to share with the community?

We can already confirm that in the next Future Fight update, Netmarble will offer stat re rolls for 6-star Mythic cards. This will allow you to re-roll all stats on a 6-star card except the top two which remain static, the downside to this is that you need a second 6-star mythic card to do it.

As we build up to the event, let us know your thoughts and suggestions on the next MFF update after 2.0 below. It’s no secret that many players left the game after Netmarble introduced some debatable content in previous updates, namely paywall characters such as Carnage.

What can Netmarble do to win you back?