We have a quick heads-up for all Marvel Future Fight players now, moments after Netmarble introduced their first hotfix for the game which added 6 Tier 2 characters among other changes.

We say first time, as usually players would have had to install a new version of the game to get these changes but this time it seems that Netmarble is experimenting with hotfix content updates which could be good news for players.

Back to the real story though, as Tier 2 Groot looks to be a game-changer for World Boss mode, as well as Alliance Battle. This is due to the fact that Groot’s Tier 2 ability is a 20% heal for all team members when hit.

The beauty of this, is that Groot does not need to be the active player in the team and doesn’t need to be hit to trigger this effect – this is absolutely massive. That means Groot can heal the team from the bench and if you have an Obelisk or ‘old school’ recovery rate gear with a high percentage, you are going to get a huge heal each time this effect triggers. 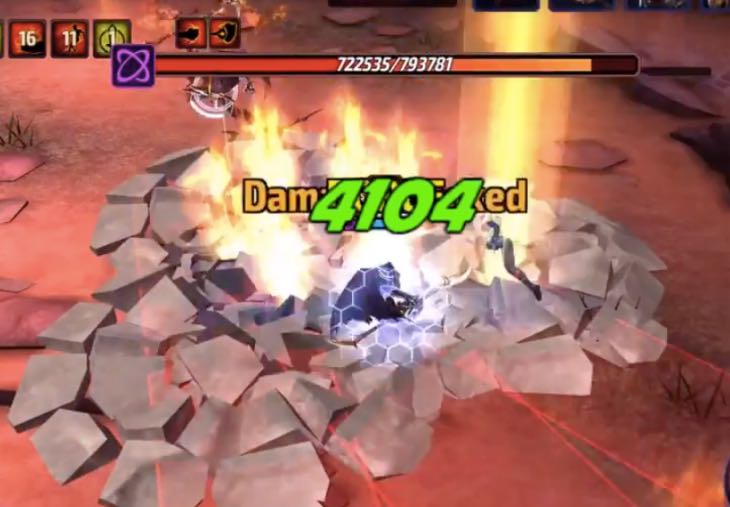 With a 15 second cooldown on the 20% heal, this happens a lot and you can see the perfect example of it in the video below. Supplied by Floresgames, watch how Corvus heals back huge amounts of HP due to Groot’s ability – this is going to change World Boss mode for a lot of you.

Also don’t forget about Combat Day Alliance Battle, with this new strategy you should be able to clear it with the likes of Deathlok, Kingpin or Iron Fist as supporting characters.

With this said, we recommend you make Tier 2 Groot your new priority and start farming his biometrics immediately from Special Missions. Leave your comments below on if you think this is too ‘overpowered’, or a welcome change to the meta.

We can’t help but mention on whether this will ruin live PVP as well in Battleworld, with everyone using T2 Groot in the background on all Black Order characters for non-stop heals – please discuss this in our comments section!

Has Netmarble possibly made a mistake in letting Groot heal without him being active player?