For those of you that play Marvel Future Fight and are wondering what is inside the Superior Dimension Chest contents, we can finally bring you some details on this.

To get this rare unlock, you have to first be qualified as having Future Fight VIP 10 status by obtaining a combined total of 99000 crystals – which is a lot of money it has to be said.

We can tell you that the Superior Dimension Chest still costs money to buy, 2475 crystals to be exact. What it gives you though is 10 chests that have one guaranteed hero inside. You’ll also get a selection of gear for that too. 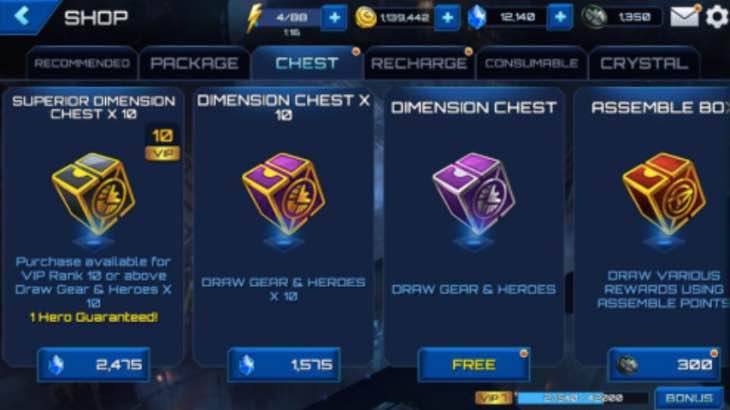 What is unclear though in the wording is whether you get 10 heroes from the 10 chests for that price – that seems unlikely, but then again those who see the Superior chest available would have paid a near fortune on the game already, so maybe it is 10 heroes guaranteed.

If so, that would be a nice chest to not only get new heroes but also plenty of extra biometrics too in the quest to get a full squad of 6 star heroes.

Let us know what you think of this. Do you have Superior Dimension Chests unlocked on your game and can share additional details on them?

What VIP level are you at the moment and what are your thoughts on the VIP tier system in the game generally?