We can confirm that there is going to be another 6 new Tier 2 characters added to Marvel Future Fight in the next update. The surprising news is that 2 of these characters are already in the game files as Netmarble will be adding them into Future Fight as a hotfix.

This means a physical update will not be needed and as far as we’re aware, it’s the first time that major new content has been added without the need for a big update.

More importantly, 2 of these 6 have already been confirmed as Vision and Drax and we know that they will be arriving on June 29. 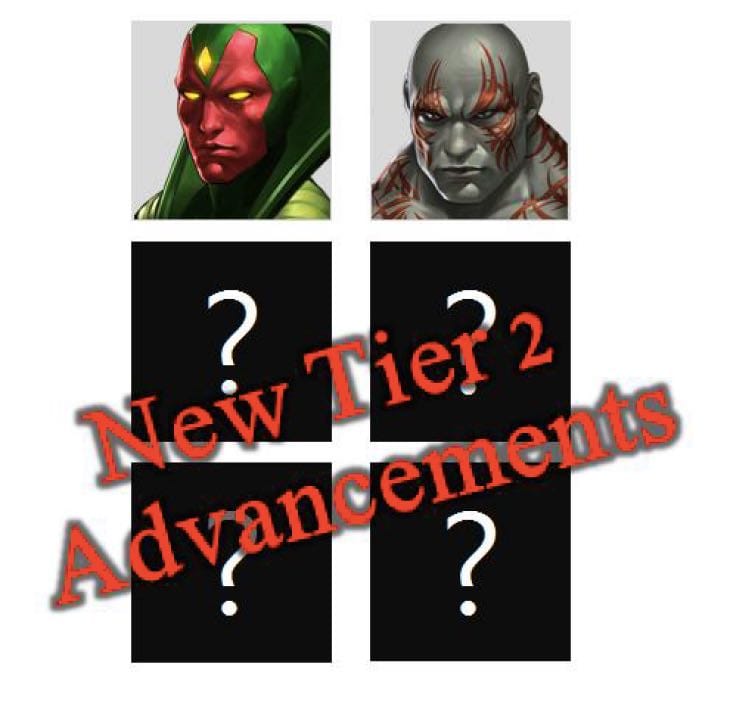 Vision’s Tier 2 passive will give him immune damage during Density Shift, while Drax will also be immune to damage during Cry for Blood.

The other 4 characters have not been revealed yet and we’ll hope to bring you this information soon – so stay tuned. Are you happy that Vision is getting upgraded to T2?

It means that he could be very useful in Blast Alliance Battle, whilst also proving very useful for Timeline and World Boss modes thanks to that damage immunity.

What are your thoughts on the new batch of Tier 2 as a hotfix rather than physical update? Does this mean that they can offer new 6-star skills with hotfixes in future too?