The Halloween Future Fight patch is now live and straight away we can see that there is a lot of discussion on the new Hero chest in Future Fight which offers a 3-6 star hero for 500 crystals.

As you can imagine this is highly tempting for many players and everyone wants to know the Future Fight new hero chest 3-6 opening odds before they go ahead and drop those precious crystals.

Luckily, we can already bring you some insight on this by showing you the type of luck that players have had trying to get a 6-star hero from that chest. 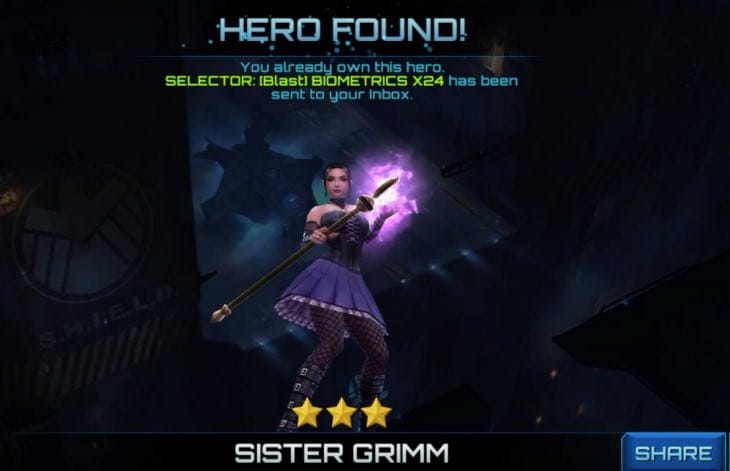 The early signs are not encouraging though. In the video which we have added for you below, one player spends 6,000 crystals and his results are only three star heroes and two four star heroes.

That means no 5-star or 6-star heroes in 12 spins. We had heard some reports that some players had received a six star Black Panther and a six star She-Hulk from this chest, but the odds appear to be extremely slim – probably akin to the premium cover piece chest odds if we were to guess.

Watch the video below, then tell us your own luck so far with opening this chest for 500 crystals. Have any of you managed to get lucky and pick out a 5-star or even 6-star from this chest?

On a side note: What are your overall thoughts on the Halloween update?