Before the 1.2.0 patch, the game was running without any issues. However, since installing that monster patch which added so much to the game, we have noticed through our own play that the game will suddenly freeze without warning.

This tends to happen during a battle and then the on-screen buttons become unresponsive. We’ve found that the freezing will try to fix itself at times if you just wait, or you can ‘force’ the game to resume framerate by double tapping the home button , going into another app and then quickly going back into Future Fight – almost to give it a kickstart so to speak. 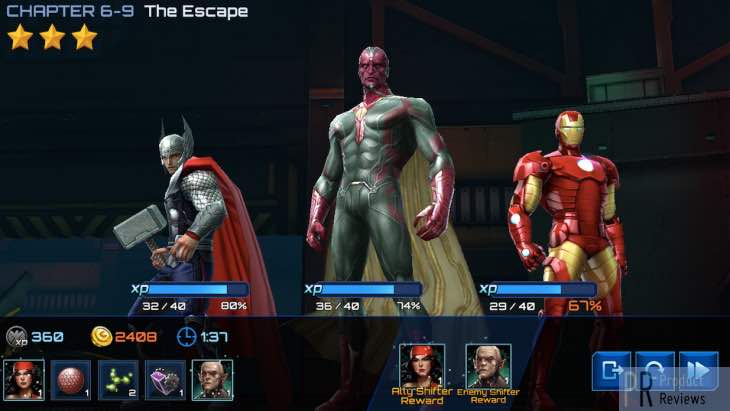 This is not ideal of course though, so hopefully developers Netmarble are aware of this and are planning a fix in time for the next big update – which as we told you earlier on this week may involve Ant-Man.

We’ve also found through testing that when the game freezes, you can keep tapping the pause button until the continue screen pops up, then pressing continue usually resumes play.

Let us know if you have experienced the same problems frequently, since the last update for the game. We know that we are not the only ones, as there are other players complaining about it on Reddit here in an entire thread that was set up last week.

Most will agree that this is a highly enjoyable game at the moment, but do the developers need to look at improving performance?