We look ahead now to the upcoming Marvel Future Fight Halloween 2016 update, with developers Netmarble certain to give players another nice update to celebrate this spooky festival.

For those newer players, we wanted to take the opportunity to remind you on how big the Halloween update was last year for Future Fight.

It was actually one of the most generous events that we have seen, since Netmarble basically offered the chance to get 1 hero to 6-star and another levelled up to almost 5 star. 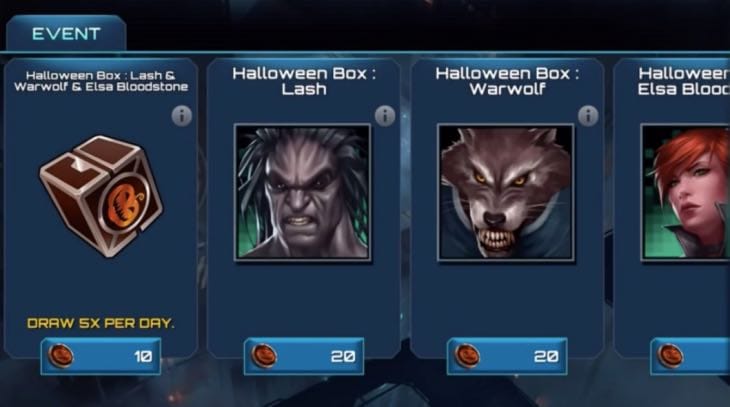 The heroes offered were Lash, Elsa Bloodstone and Warwolf who were given away via Halloween stage tokens – we are now coming up to their one year anniversary of being available!

The stage was very easy to play, allowing everyone to participate and get their chosen hero to six. On top of that, Netmarble also offered no fewer than six new uniforms to buy such as the Noir Punisher uniform, Spidoc for Modok and a classic Ghost Rider uniform. 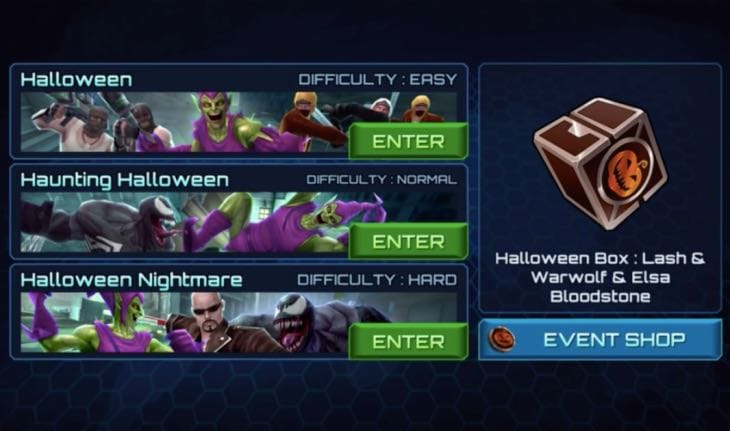 With that said, what can we expect to see this year? It’s no secret that Agents of Shield Season 4 has started and a lot of you will be hoping that the new Robbie Reyes uniform arrives in Future Fight for Ghost Rider.

If we were to choose though, we would love to see some super villains arrive and finally give Bullseye his 6-star skill.

We’ll be letting you know as soon as the Future Fight Halloween 2016 patch notes are out, but in the meantime let’s hear your own wishlist on what you want to see for Halloween.