Netmarble has finally revealed some more details about the mysterious new Epic Quests in Marvel Future Fight, coming with the 2.6.0 patch and introduces Dr Strange to the game.

We have now learned that the only way to get Dr Strange in Future Fight is to play through these new Epic Quests. It also looks like you will not be able to use bio selectors, rank up tickets or mega rank up tickets on this character – but this is for good reason.

Dr Strange is going to be unlocked as a base Tier 2 character meaning that when you have finally completed Epic Quests, you will have a Tier 2 Dr Strange as a blast type waiting for you. 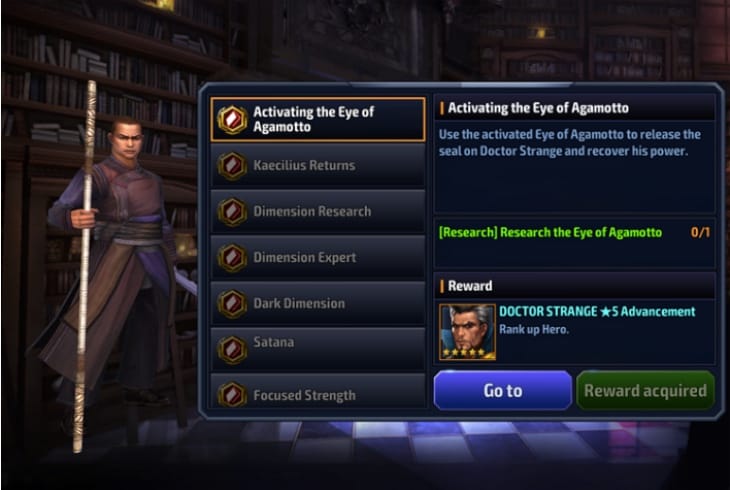 You can see a preview of the Future Fight Epic Quest task list above, while you can see the main modes that are selectable inside Epic Quest – these being Story, Research, Memory Mission and Dark Dimension.

Memory Missions also allow you to obtain Wong, Baron Mordo, Ancient One and Kaecilius, while you’ll have to play through Dark Dimension continuously to unlock Clea.

Take a look at Dr Strange’s amazing abilities and skills in Future Fight, as for an explanation on why he is locked away to the Epic Quest mode. 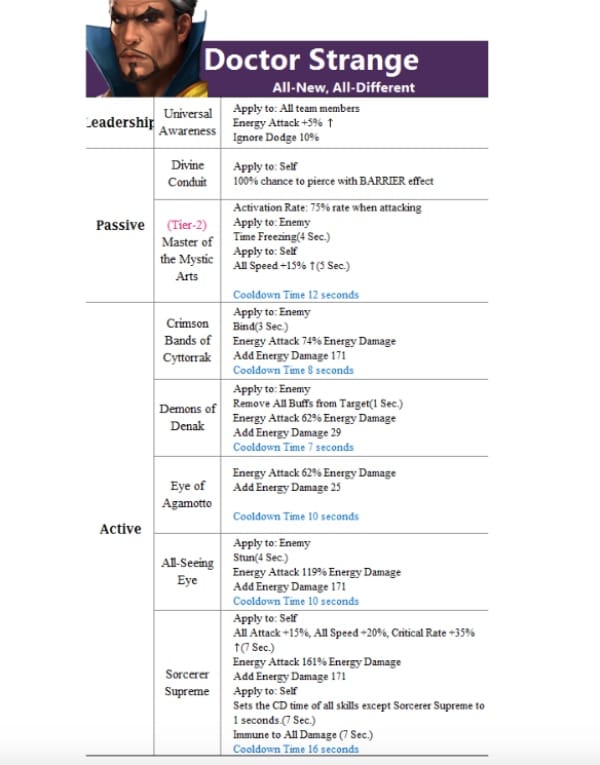 Once Epic Quests are available, we will be offering up a Epic Quest walkthrough for Future Fight to help you get Dr Strange quickly.

Until then, leave your thoughts below on this new mode and your reaction to Dr Strange’s skill set in Future Fight – massively overpowered or justified given his status in the Marvel Universe?

Update: The Epic Quests are now live for Future Fight and it is not going to be easy, as the understatement of the day. To get Dr Strange, it is going to be a long drawn out affair which will likely span months rather than weeks.

This is due to the fact that you need to get a rank 5 Clea, which can only be done with tickets and given the fact that she is only a shifter in the Dark Dimension mode.

On top of that you’ll need to get around 4200 Black Anti Matter, 25 million gold and 1200 Chaos Stones, so we hope you’ve been saving.

Check out the Marvel Future Fight Dr Strange Epic Quest task list here and let us know what you think or if you need help!

Update: Our Epic Quest is now complete, let us know if you need any help completing yours! 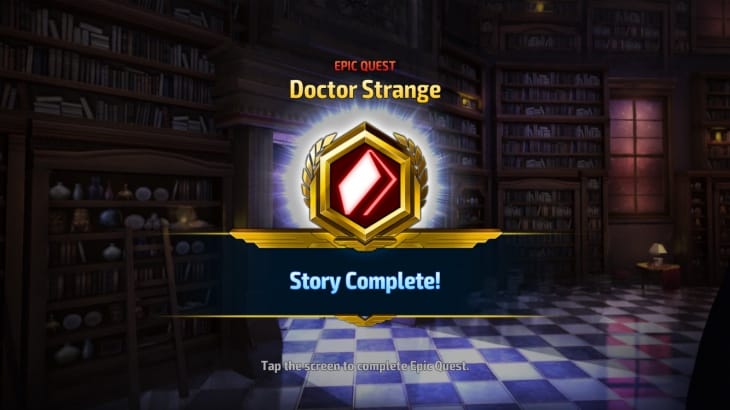