We once again have some early information for you now, with confirmation that the Marvel Future Fight December 2015 update being seemingly tied to the popular Spider-Verse comic storyline.

We say this as once again Reddit users have managed to spoil the surprise early just like they did with the Netflix Daredevil uniform content prior to launch.

Now thanks to leaked images which we have included below, it looks like we will be seeing Silk, Spider-Gwen, Ultimate Spiderman (Miles Morales), Ms Marvel, Black Vortex Gamora and also a new costume for Sister Grimm aka Nico Minoru. 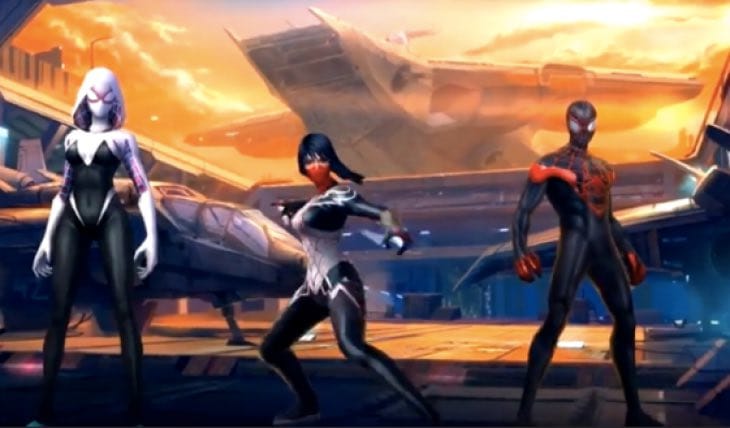 Fans may not be happy about the timing given most have just depleted their entire crystal stock with the Black Friday sales, but we should have expected something for December nevertheless.

It is nice that we are getting another update in time for Christmas, but the question remains whether these are going to be new characters or just uniforms for existing characters.

If Ultimate Spider-Man is a new character then obviously players may be able to use some of the bio selectors on them which is preferable – as opposed to 750 crystal purchases.

Watch the leaked trailer below while you still can and give us your reaction to this update – are you sad that content keeps on getting leaked to Reddit in advance, spoiling the surprise element?