The excitement for the Marvel Future Fight Civil War update continues now and we have some more juicy information to bring you. There is going to be an in-game event when the update lands, requiring you to choose between Team Captain America Vs Team Iron Man in Future Fight.

You just knew something like this would happen didn’t you? Just like the movie, now the fate of the world or your check-in bonuses rely on your decision.

Netmarble has cunningly given two sets of rewards for the decision you make and pending on a community vote, these are the sets of rewards that you can win once the team has been chosen. 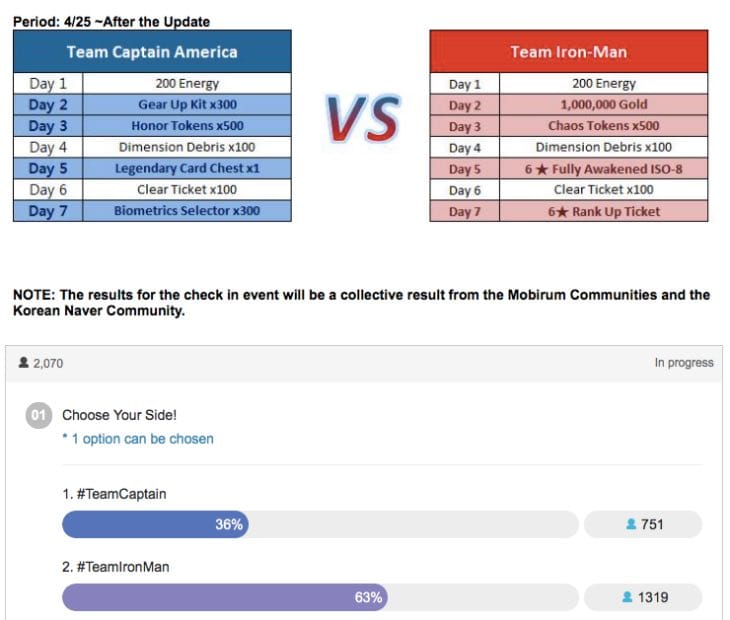 The big prize on offer for Team Cap is a 300 Biometrics selector, while Team Iron Man winners will get a 6-star rank up ticket instead. There’s also a choice between a fully awakened 6-star iso, or a 5-star Legendary card so choose your side wisely.

This is a sneak peek of the image you’ll see upon logging in after the Future Fight 2.1.0 update has gone live. However, the mobirum screenshot above clearly shows that Team Ironman is winning at the moment. 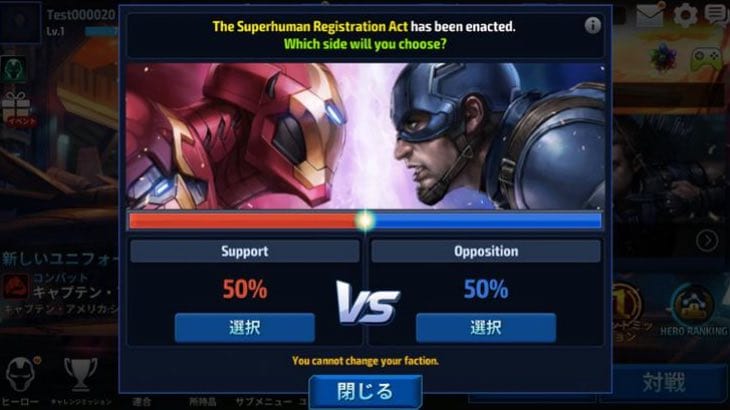 If you want Team Cap to win, you better get your vote in now. Vote #TeamCap or #TeamIronMan below and tell us who you want to win! Are you happy with the rewards?