We are expecting Marvel Future Fight 2.1.5 patch notes at any minute, but before that we wanted to give a taste of things to come. Namely, the confirmation of a Civil War Spider-Man uniform for Future Fight!

That’s right, this new MCU Spider-Man is coming to Future Fight and now you can see how it will look in game. Early images have been uploaded to the Google Play listing for the game, which also has the first in-game screenshot of new character Moon Knight. 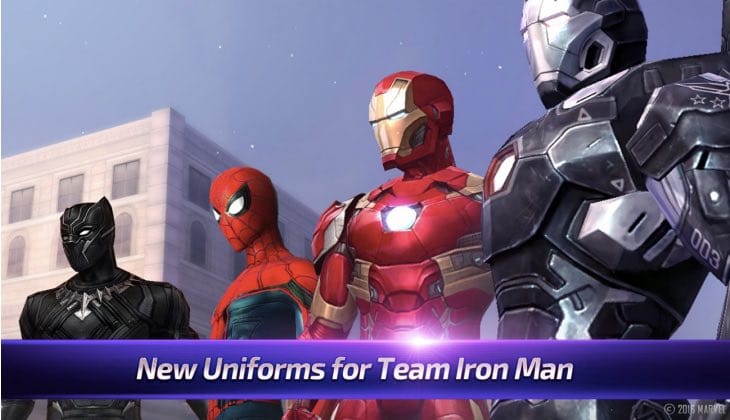 We already knew that Team Iron-Man uniforms were coming to the game but Spider-Man is a complete surprise, so let us know what you think.

Will you buy this new uniform for 750 crystals after seeing Spider-Man’s performance in Civil War? Many players will just hit purchase we’re thinking, regardless of if the uniform bonus is good. 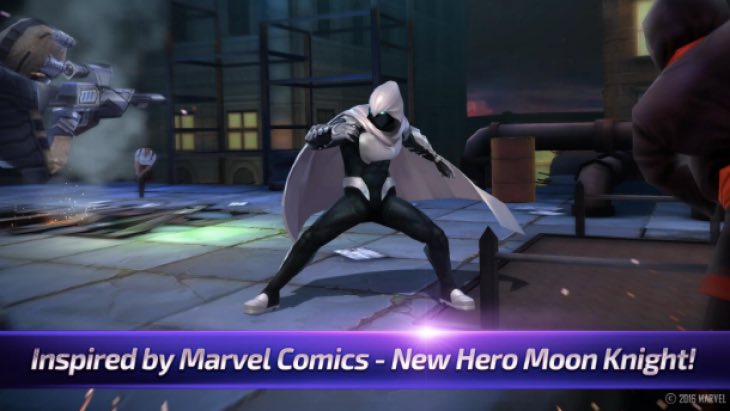 Do you appreciate getting Marvel Future Fight news from PR? If so leave a comment and let us know how you are getting on in the game.