It’s that time of year again when Marvel Future Fight players will be wondering if Netmarble will release another Christmas event for 2016. While the developer is yet to announce anything, we have a nice reminder for newer players now on how Netmarble celebrated Christmas and New Year in 2015.

We’re willing to bet that a lot of players have already forgotten if there was a Christmas themed event for Future Fight in 2015. The answer to that is yes, although truth be told it wasn’t the best of events in terms of free giveaways.

Last year, there was a Christmas stage which was filled with snow. It gave you the chance to earn Lucky Boxes which contained different materials.

There were three stages to enter, once per day which varied in difficulty. You could earn tokens and then use them to redeem the lucky boxes.

Depending on how many tokens you spent, you could unlock a Giant Lucky Box, or a small one. Included in these boxes were things such as Norn stones, EXP chips, Dimension Debris, Gear up Kits and Gold.

As you can see it wasn’t too exciting in terms of drops, but extra gold is always welcome. Will Netmarble open up the same Christmas stage this year or think of something different? 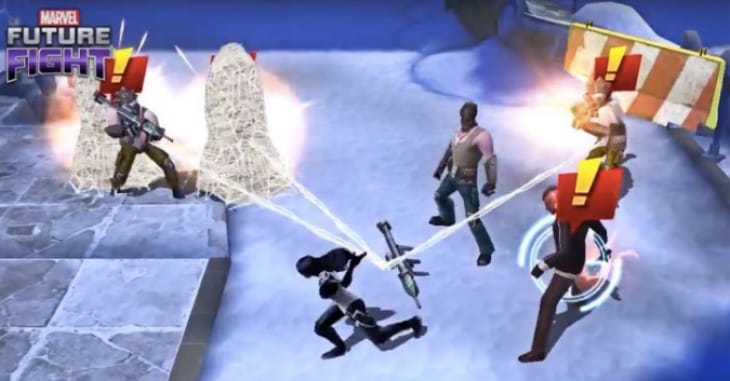 We just wanted to remind you that there should be a Christmas event this year and that if it does happen it could start on Wednesday December 21 – this is the date in which the event started last year!

Let us know what you think about this and what you would love to see for a Marvel Future Fight Christmas event this year. We’ll update this article once we have official confirmation!