We can see that Netmarble has updated Marvel Future Fight behind the scenes as they always do, but this time they have decided to go public about it – although at the same time being very cryptic about what it entails.

We know that Gwenpool is the next playable character joining the game and it looks like she will be coming alongside other new unannounced characters on August 17.

However take a look at the recent update provided on the game’s official forums, which mentions a new event that has been added to the game internally which will be dropping soon. 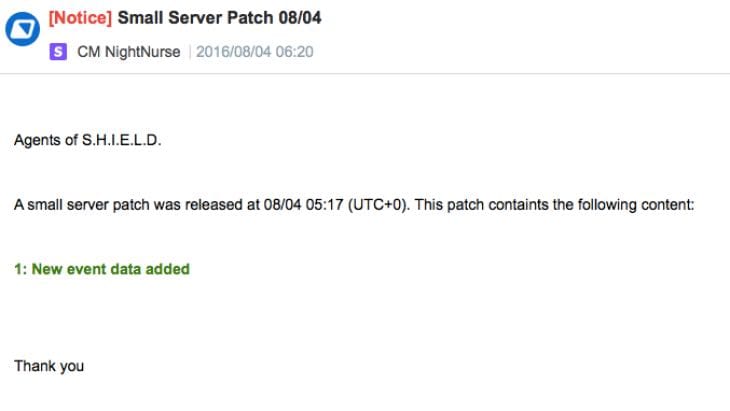 Is this simply going to be another Faction battle within the game to replace the one that just ended, or could it possibly be something bigger such as another Token style event to celebrate the launch of Gwenpool?

Players will be hoping it is the latter, especially if this new event relates in some way to the mysterious leaked card data that we told you about which could introduce powerful new 6-star mythical cards to the game.

What are your thoughts on this secret event for Marvel Future Fight’s August update? Leave a comment on what you would like it to be, apologies in advance if you’ve already heard this news on places such as Reddit – we can’t please everyone.