There’s yet another Marvel mobile game doing the rounds, but this one appears to have been a smash hit straight away a few days after launching.

Our first impressions of Marvel Future Fight, were that this looks like the Marvel Ultimate Alliance 3 game that we were desperate to see on console.

While that game is yet to materialise, if you loved the old Ultimate Alliance games you are probably going to love Future Fight too.

The other obvious observation is that the graphics are amazing. The character designs look top notch and you’ll easily spend an hour just admiring all of the character models and layout of the skills when setting up your team in the menu. 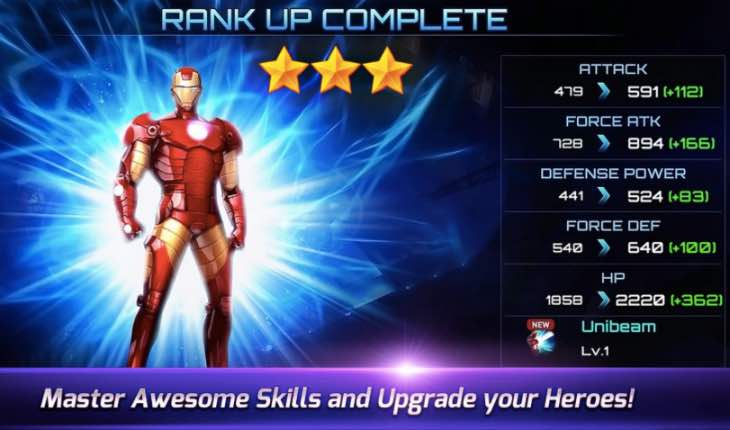 We can see that the Marvel Future Fight reviews on Android that are coming in on the Google Play page echo the same thoughts too. Out of over just 250,000 reviews that have been left from users, 205,000 of them are 5-star reviews.

For a free-to-play game, that tells you that it is definitely worth trying out if you are a fan of Marvel games and movies in general.

Our only complaint is that there are no X-Men characters to choose from, but more on that another time. Do you love Marvel Future Fight so far?

Leave us your thoughts and ideas below on how you would like to see the game improved.