If you have been playing Marvel Future Fight, many of you would have recently received a free 6-star Mythical card from developers Netmarble as a result of compensation due to some issues found inside the game with World Boss mode.

With this in mind, we just wanted to give some of you an idea on how the Future Fight card combine system works in case you are now planning to combine two six-star cards for hope of a better card.

How to combine cards in Marvel Future Fight: It costs 50,000 gold to do it and you have the opportunity to re-roll four of the stats on a 6-star card. 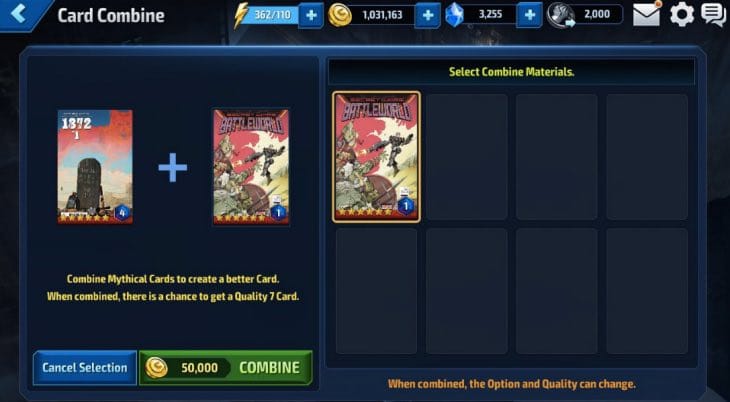 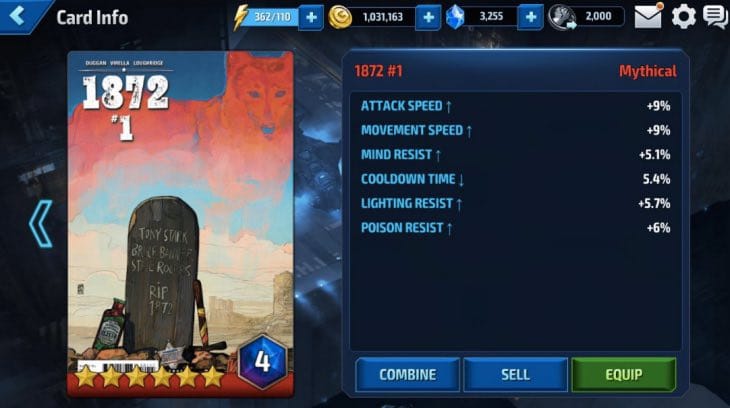 In the example shown above, you’ll see the 1872 card which you can get from Captain America rifts. The two base stats are Attack Speed and Movement Speed, followed by four rather poor other stats which means it is a good candidate for upgrade.

By combining with the Battleworld card, you’ll see that the end result means four brand new stats including Physical Attack and Dodge – meaning that this was a fairly successful combine. 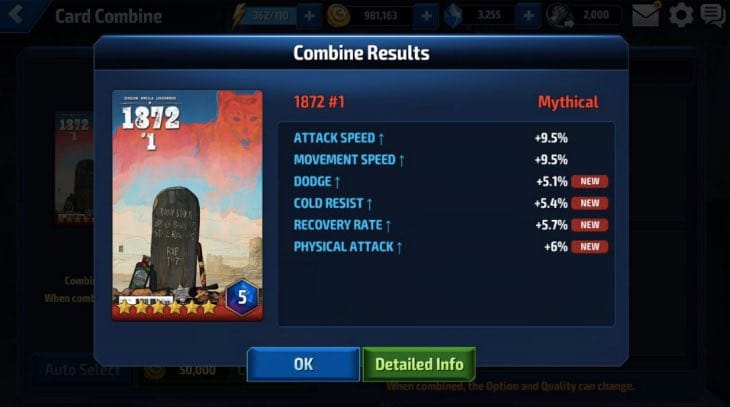 The other important factor to note is the Blue Gem number located by the side of the card towards the bottom. When you combine, this Gem number will not go any lower – only higher.

As a result of the combine, the original Gem 4 number became a Gem 5 based card meaning that the overall value of the two main base stats are slightly improved.

There’s also a slim chance to get a Gem 7 card during a combine, but it didn’t happen this time. Hopefully this clears it up for those that are wondering and let us know your results in our comments section if you recently combined.