Another Marvel Future Fight update is on the way soon and it is going to be a huge one with the next patch coinciding with the release of Marvel’s Black Panther in February.

As a result, we have already had a few teases of what is going to be in store and we have a quick round-up for those that missed them.

The Marvel Future Fight 3.8.0 update release date should be happening on either February 6 or February 7 so it is right around the corner.

Confirmed so far for the patch are: –

You can see all of the screenshots and other teases released by Netmarble so far here. If we were to guess what other content will be arriving, then it would be a new Black Panther themed Event Battle and also a new Cinematic Battle too which has a big chance of happening, since there are a lot of new characters being introduced in the movie.

We will update this article and add any new teases that arrive before the patch notes go live on Monday. Let us know what you want to see from the Black Panther update and how many biometrics for the character you have stocked up ready. 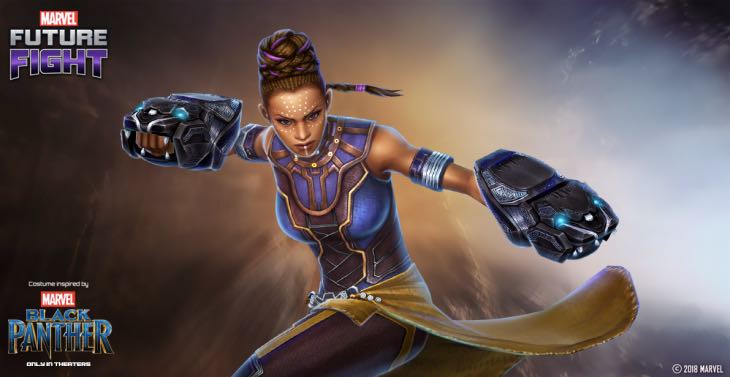