The Marvel Future Fight 2.1.0 patch notes are live and it’s fair to say that this could be the biggest update we have seen for the game since launch. So many improvements and big talking points, namely the official confirmation from Tier 1 to Tier 2 upgrades.

We were one of the first to tell you this was happening here and now we have confirmation of it. Below is a screenshot showing the requirements you will need though – and they are pretty steep and on top of having a maxed out 6-star hero with level 20 gears. 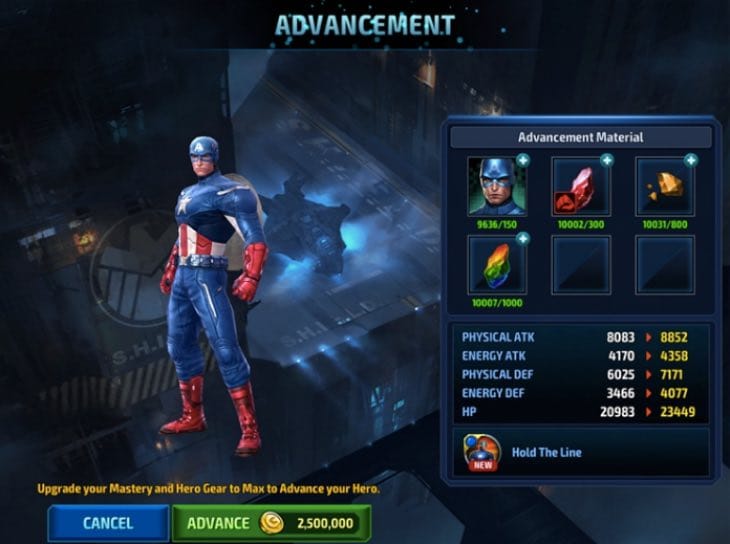 Elsewhere there’s improvements across practically all areas of the games. Four new Civil War uniforms have been confirmed for the update, these being Captain America, Hawkeye, Winter Soldier and Falcon. Netmarble states that Team Iron Man uniforms, as well as a new Ant Man uniform will be coming soon.

You’ll now be able to purchase comic card chests using honor tokens which is a nice idea for those looking to get some of the store-only cards without using crystals – such as the 1872 Variant.

Remember that three new Black Order characters are coming too including Thanos, so it’s a massive update that will go live on Thursday April 28.

Head to the full Future Fight 2.1.0 update notes here at Mobirum, then come back and give us your reaction. Are you disappointed with the requirements for Tier 2, or satisfied?