Given the massive bump up in version numbers to 2.0.0 from 1.9.5, this is a big update. Core new content includes three new world boss characters with Black Dwarf, Corvus Glaive and Proxima Midnight joining the game and three new uniforms for Elsa Bloodstone, Destroyer and Hulkbuster.

There are also big changes elsewhere though. The new World Boss mode requires you to select 8 characters consisting of 3 main characters and 5 strikers who will assist you in an epic battle. 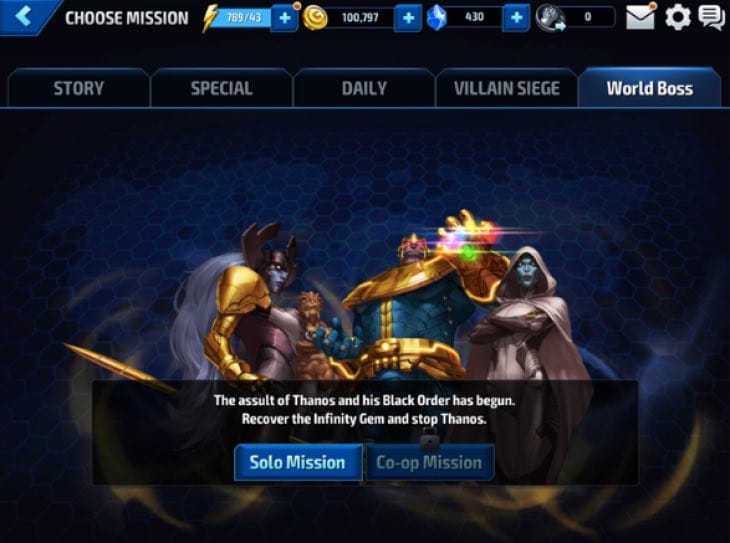 There’s realtime Timeline Battles as we previously mentioned, as well as Comic Cards and a new six star skill for Destroyer! 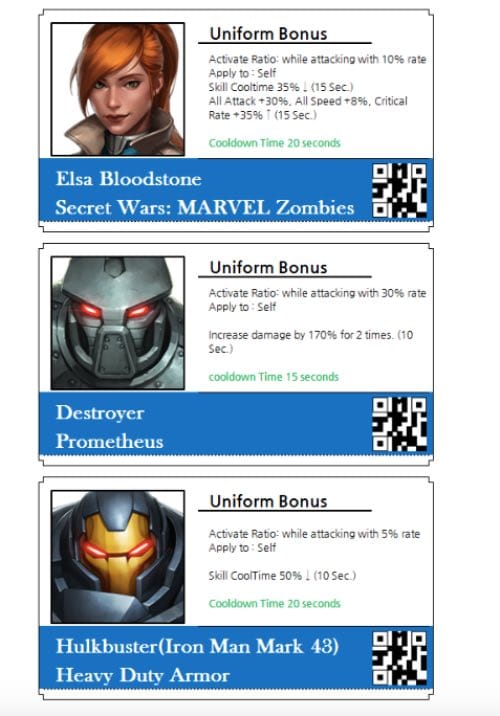 Netmarble has also decided to increase the daily bios to 5, meaning that for characters such as Black Widow you can get 20 a day – the downside to this is that you are going to need to expend biometrics to rank up the three new Black Order characters.

Head to Mobirum here to read through everything and then give us your reaction to the update. Future Fight maintenance starts soon and you should already have had an in-game message above this.