One of the new features in Marvel Future Fight 1.9 has also become the biggest talking point among players so far. This is undoubtedly the new Villain Siege 1.9 difficulty level with many saying that it is too hard to beat Loki.

The old classic case of karma is ever present once again, as prior to the update fans were moaning that there wasn’t enough challenge in the game after getting their roster to level 60 with all gears maxed out.

Now there is a considerable challenge available, as Loki is proving to be a very difficult boss to take down – that is just for level 10 as well, there are still level 11 and level 12 stages to beat afterwards. 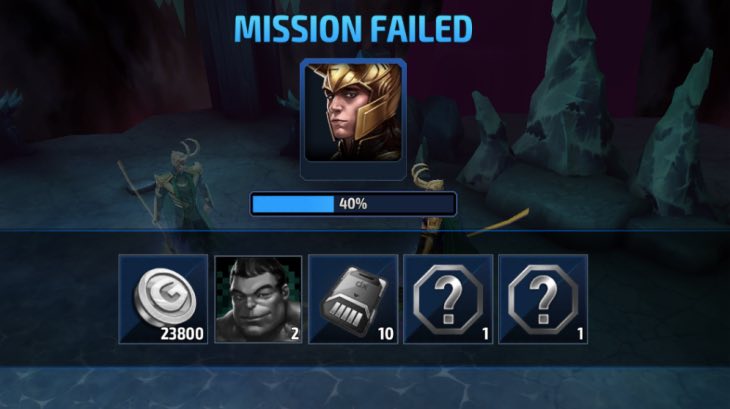 For those that have already tried the new Loki Villain Siege stage in Future Fight, you may have come up short and used up all of your level 60 heroes without being able to beat the stage.

With this in mind, we want you to provide your best tips here so that you will be able to finish it more effectively in future. Which characters are the best for beating Loki and which ones should you avoid?

If you have VIP 3, then you are definitely going to want to take advantage of the 15% HP recover when tagging. Get used to switching out heroes regularly and you will eventually be able to beat Loki once you have mastered dodging the clone attacks.

Without VIP 3 you may struggle, so let us know what method you have used and what tips you would offer to other players.