Marvel Future Fight 1.9 is now live, but we can see right away that many players on iOS are having problems getting to actually play the new content.

Specifically, we have noticed that in some instances Marvel Future Fight won’t load on version 1.9 and displays a Error Code: Invalid-Response message.

It then automatically restarts the game and shows the same message in a continuous loop. Some forum users have suggested that reinstalling the game fixes the problem, while others have said that it is only a temporary solution and that the same error returns shortly after. 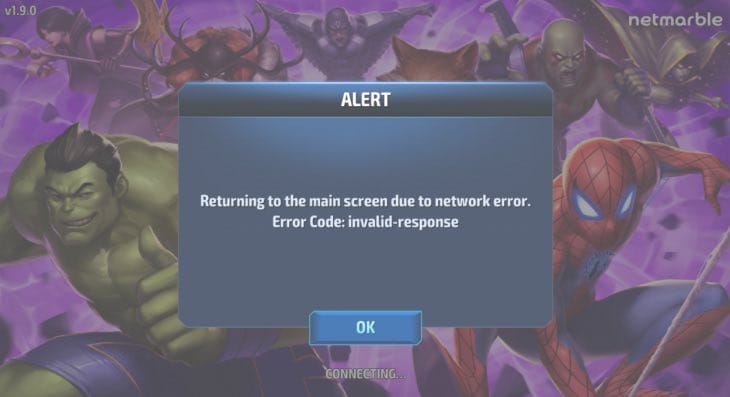 We are assuming that Netmarble are investigating this problem and for now it looks like it could be specific to iOS rather than Android.

Have you been getting the same error message on Marvel Future Fight after installing 1.9, or are you having no problems playing the new version?

Give us your feedback on this so we can see how widespread it is – we’ll update this once a fix is available.