The Marvel Future Fight 1.9.5 update is just hours away, but before that we can now bring you the very first look at Carnage, one of the main highlights of the update and the latest addition to the symbiote characters in the game.

Carnage looks absolutely fantastic and thanks to CM Nightnurse at the Mobirum forums, we can now bring you a preview of the character which was recently teased on an official live stream for the game.

Carnage is going to be a combat character, with biometrics apparently exclusive to a new type of monthly selector which will require real money. 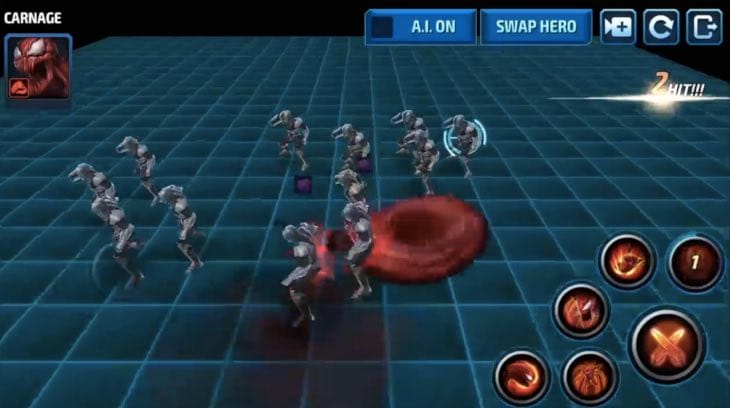 This is how he will look in game though on the skill preview mode. His 6-star skill looks incredible on first impressions – a massive AOE attack which gives him i-frames whilst performing. 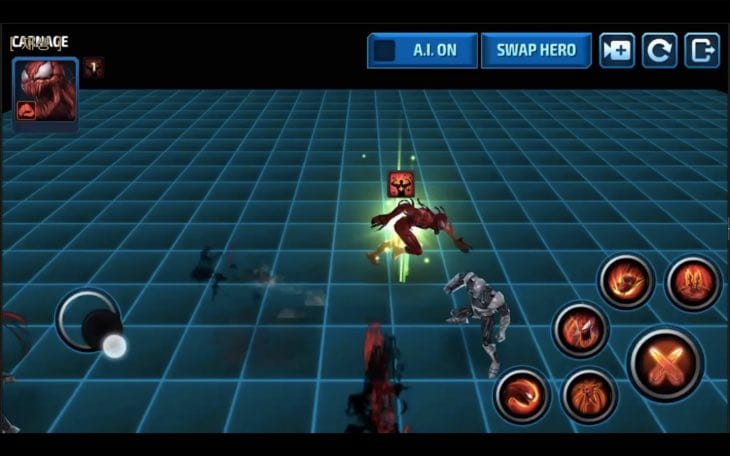 In other words you can’t get hit while doing it and this means that Carnage is going to be extremely useful on Alliance Battle. Another great feature that we saw was a Carnage skill that slows down enemies with mini symbiotes attacking the enemy – healing Carnage in the process! 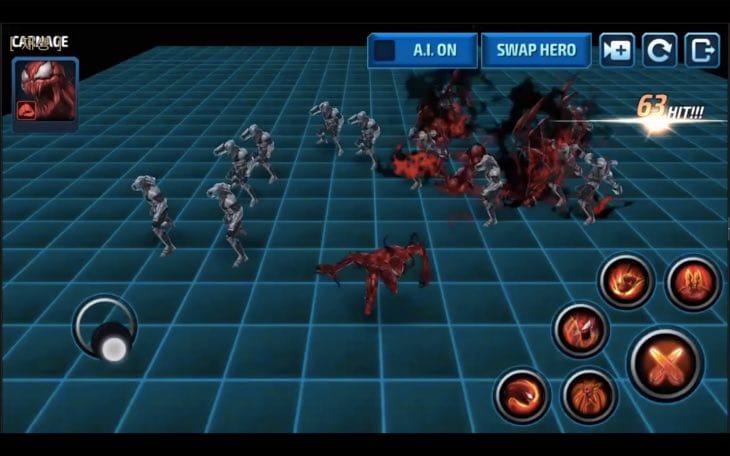 Check out the beautiful art that you’ll get for Carnage when zooming in up close and personal – the developers have done a great job most will agree.

Let us know what you think of Carnage below in our comments section – are you unhappy on the method of acquiring him?

Do you want to see previews of the other new characters? Let us know below!