Following on from the recent Marvel Future Fight December 2015 update leak, we can see that developers Netmarble have now decided to give players an official tease of what is to come soon when the update is finally ready.

Netmarble has said that they are still putting the final touches onto the update, but have shared one official screenshot of the imminent update – once again confirming that Spider-Gwen, Miles Morales and Silk will be new playable characters.

We can also see that it looks like the Marvel ‘All New, All Different’ (ANAD) tag will be incorporated into this update as well – it remains to be seen whether ‘Spider-Verse’ will be pushed too since we have had a lot of spider-themed characters entering the game lately. 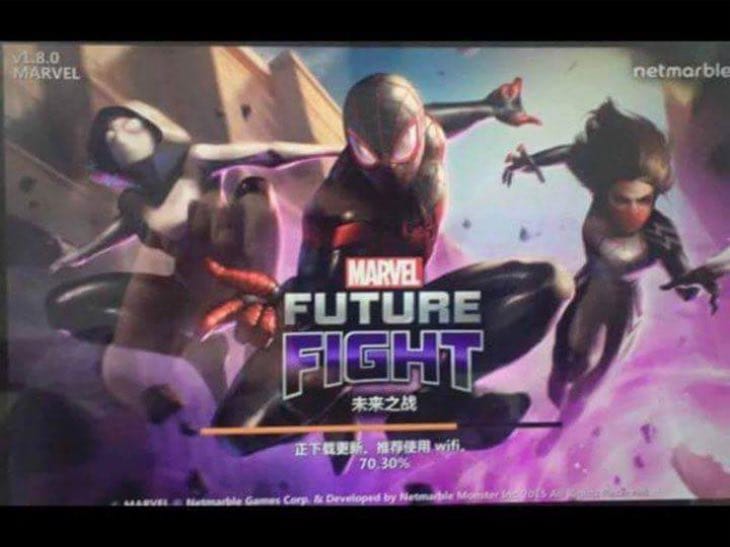 On top of this official screenshot which we’ve added below, above is apparently another leaked image from Reddit showing the new Future Fight 1.8 loading screen from the Chinese version of the game.

It shows the three new characters in question and if legit provides a nice refresh following on from the Agents of SHIELD logo which we’ve had for a month.

Hopefully the update isn’t far away, but the surprise developer update this week along with the unusual mid-week in-game bonus events suggest that it won’t be happening this week.

Let us know your thoughts on the Future Fight 1.8 update, especially on what new 6-star skills you want to see included in the update this time.