We now look ahead to the Marvel Future Fight 1.7 update, which has been confirmed to be arriving before the end of November.

Many of you had seen that Jessica Jones had already been confirmed for the game, but now it looks like we have the first picture of her, along with two other surprises as well.

On top of Jessica Jones, the new content could include a Netflix Daredevil costume as seen in the leaked image below which was uploaded to Reddit recently. 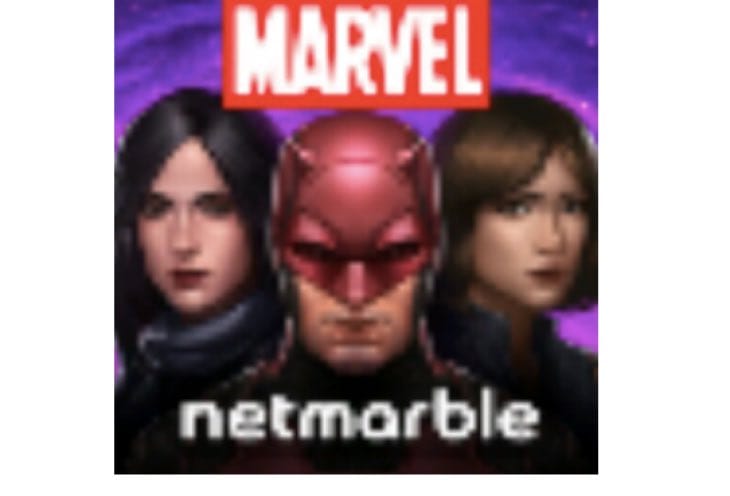 As far as we’re aware, it looks like the third character shown is a Season 3 version of Daisy Johnson with shorter hair – however, that could imply that players will need to spend another 750 crystals when perhaps the base Daisy Johnson should have had this look?

That’s not all that is coming in the Future Fight 1.7 patch though. We can also remind you that developers Netmarble have revealed some official information about the update which we have included below. 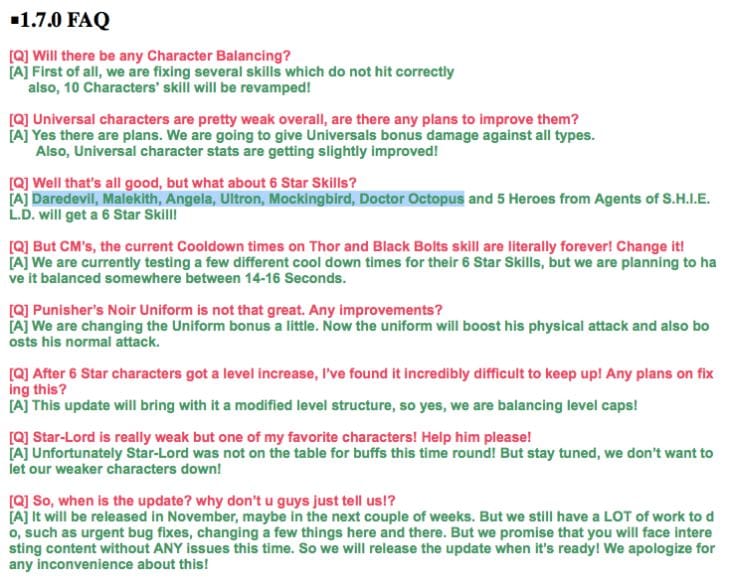 The developer has also said that 10 character’s skills will be revamped, along with a buff to Universal type characters and a buff to Punisher’s Noir uniform which should make a lot of you happy.

So there we have it, lots to look forward to with 1.7 and on the whole it’s nice to see more balance changes rather than new characters.

The big question: What level is your Doctor Octopus and who should be next to receive 6-star skills?