We have the first official details on the new Marvel Future Fight 1.4.2 update which is going to be live very soon. Rather than add new characters though, we can see that this is going to be a balance and revamp update which still looks very exciting indeed.

For starters, Netmarble is going to be revamping as many as 17 heroes in the game. They include Winter Solider, Captain America, Bullseye, Modok, Angela and many more.

There is also going to be 7 new 6 star skills introduced for Venom, Black Panther, Iron Fist, Loki, Sharon Carter, Kingpin and Winter Soldier – you can see all of them in detail here.

Moving on, some other big changes involve Dimension Rifts and this is a massive change. Netmarble are removing the cumulative energy requirement on rifts and now they will be at a set energy amount – 14 energy for level 50 rifts instead of 24 as an example. 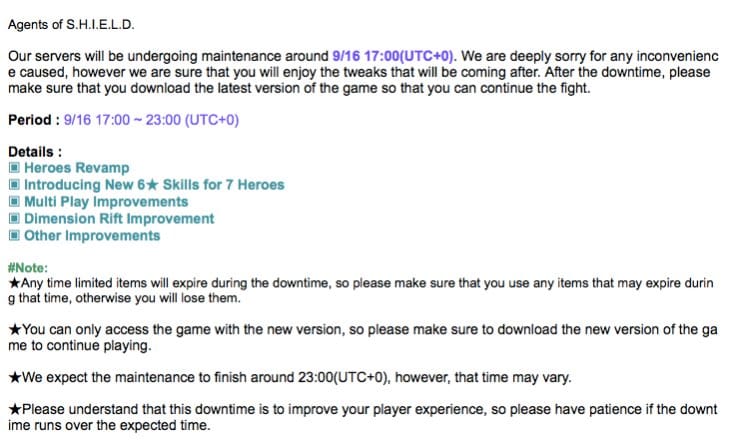 Alliances are once again going to be getting some improvements and finally, we can confirm that once the Future Fight 1.4.2 is live you will be able to invite Alliance members into Team-Up matches directly from the game – in other words, no need to use a third party app such as Whatsapp any more.

Battleworld is going to be revamped too, by removing the unlimited play in favor of daily limit – the same as Timeline battles. On the other hand, Netmarble are increasing biometric rewards and making the rewards percentage based, not a fixed rank number.

Head to Mobirum to view the full Marvel Future Fight 1.4.2 patch notes and let us know what you think of all the changes.

Is there anything that the developers missed that you are still waiting to see added?