The highly anticipated Marvel Future Fight 1.4.0 update is now live for all players. As expected, there are plenty of changes but based on early feedback it looks like there are a lot of players who are actually disappointed and even a little angry with the new content.

We have been following feedback and we can see that some players are calling this update, Netmarble’s ‘Contest of Champions’ update – basically implying that this update has been rolled out purely to increase sales offering little satisfaction.

We can see right away that the Villain Siege mode is now extremely difficult with the addition of the new Secret Wars stages at 7-9. It looks like players are definitely going to need a batch of 6-star heroes if they stand any chance of clearing per day. 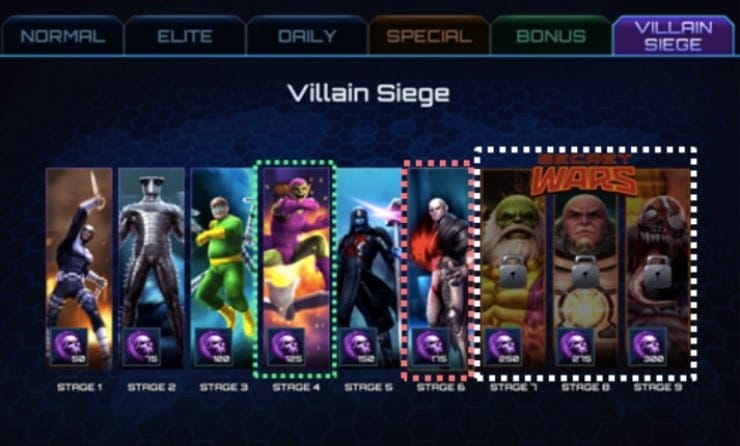 The other big observation that we can see which has negatively impacted the game is the new Battle World mode. It looks very exciting initially, but players have now discovered that it costs energy to enter, top prizes are once again reserved to paying players similarly to Timeline Battles and perhaps worst of all – fights are completely random.

That means that you could spend your 10 energy to have an easy fight against a 3 or 4 star hero team, or you could be matched up against a 6-star team. 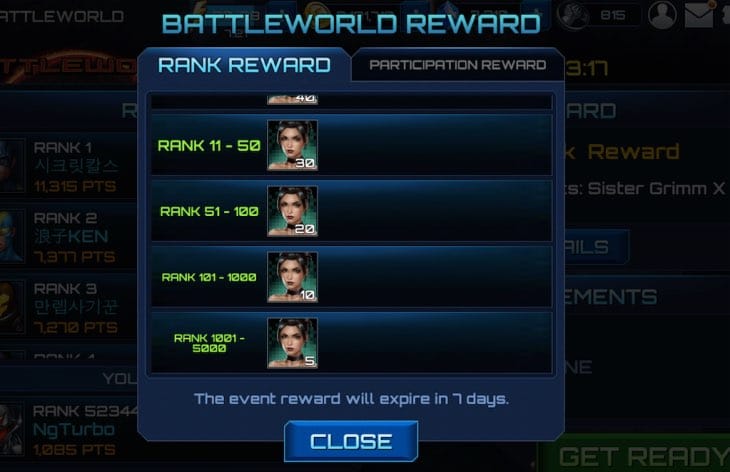 Once you lose that fight in the Battle World, you’ll lose ranking points, any winning streak that you had and obviously the 10 energy.

That is pretty severe when you think about it. We haven’t explored the Comic Book Collection in-depth yet, but we will in due course. 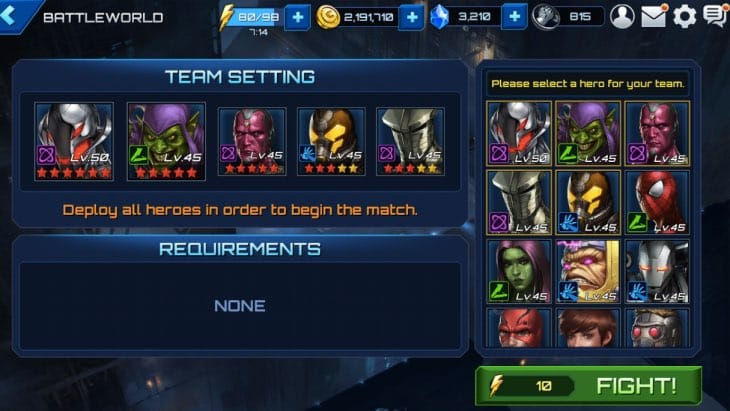 We’re also seeing extremely low drop rates for the likelihood of receiving 3 biometrics inside the new Honor and Chaos chests. Our own tests resulted in 1 bio each time, so the odds look like they are very low per 165 chest.

You can see some of the negative feedback here from players on this update over at Reddit. Hopefully Netmarble will be taking some of the criticism on board and will improve for the next update – they’ve shown with the Alliance improvements that they do listen to the community, so we’re optimistic.

What are your initial thoughts on the new update for Marvel Future Fight – Do you also have concerns about Battle World and the Villain Siege difficulty? Give us your reaction below and how Netmarble can improveme for the next update.

Update: The game has already received a stealth patch and Marvel Future Fight 1.4.1 is now the current version. Updated title above to reflect this.

Update 2: Netmarble has now listened to the fierce criticism and decided to change the entry to 100 gold, instead of 10 energy – much better.