There is a new Marvel app on the way soon to mobile devices and it is called Marvel Contest of Champions. Taking a leaf out of Injustice’s book perhaps, the game is actually looking very promising indeed and we have seen this potential turn into a debate on why Marvel are seemingly ignoring console development.

Marvel though for some reason are focusing on mobile games again, presumably as that’s where the big bucks are at the moment with in-app purchases. Contest of Champions is a game that is being developed by Kabam and a new trailer has just been shown at New York Comic Con 2014. 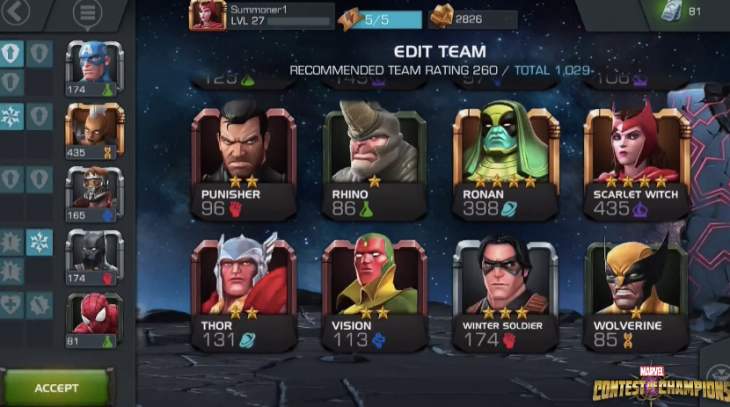 The latest trailer servers as a great teaser of what is to come this December when the game is launched on smartphones. It’s also a good indication that the Marvel Contest of Champions roster is going to be massive – we can already see the likes of Gamora, Starlord, Ronan the Accuser, Thanos and The Collector in this trailer after all featured in the recent Guardians of the Galaxy movie.

Back to the main point though, does Marvel need to stop bringing out these smartphone games and focus on the next console game for PS4 and Xbox One? It goes without saying that this Contest of Champions game would look amazing on the big screen.

Let us know if you are interested in getting this, or if you agree with us in saying that a console version would be better received.