It is going to be a very busy week for Marvel Avengers Alliance players. Playdom has just introduced a surprise MAA update for August 28 and now we have the full patch notes to bring you letting you see what is new.

This is actually one of the biggest updates we have seen for a while in terms of combining new features with bug fixes. The Avengers Alliance update notes today include a wealth of changes including the addition of Spider-Man 2099 as a 90Cp general purchase and also Blizzard as a new lockbox character.

Players can obtain Blizzard lockboxes by competing in the new PVP pre-season event, which will award players with some high bonus PVP armoury times for finishing in Adamantium league. 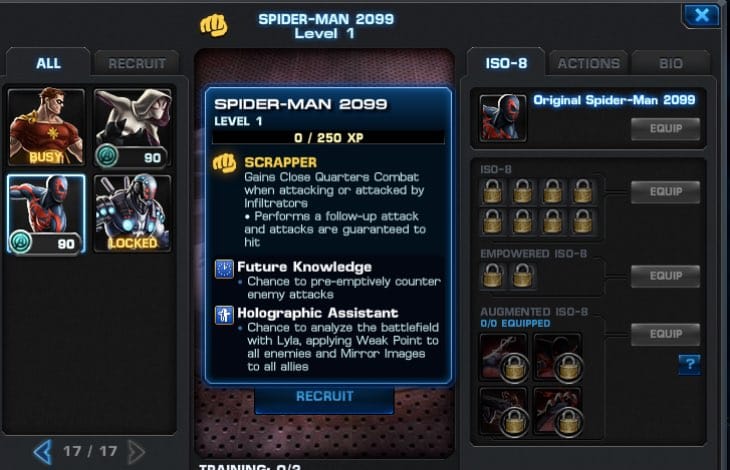 Without a doubt, the game-changer in this update is the arrival of the 5th agent gear slot for Avengers Alliance. It costs 64-gold to unlock and you need to be Agent level 60 to use it.

Thinking about all of the combinations available with 5 slots hurts our head though, so let us know if you have spotted some really good combos to use with a 5th slot. 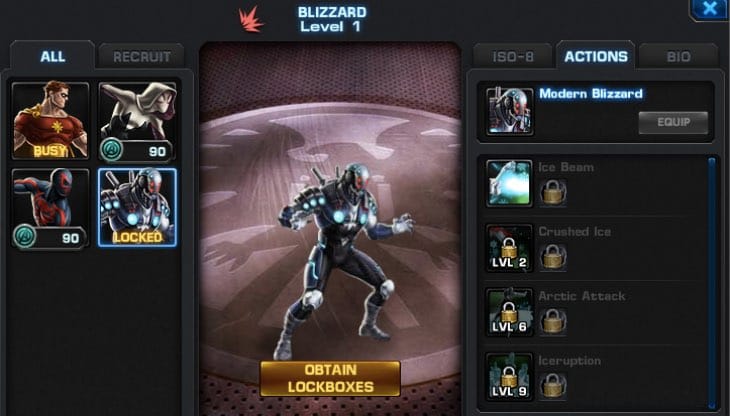 The bug fixes should be the most interesting read for players too. You’ll be pleased to hear that The Mandible has been fixed so it won’t counter every living thing in sight, while the Cosmic Shielding has also been fixed too with a 1 round cooldown – bad news for those annoying agents that tried to be clever last season.

Read through the full patch notes here and let us know what you think about this big update. Will you be buying Spider-Man 2099 and the 5th slot or will you save that CP and gold?