We knew that Blade was coming to the game and now it’s great to actually see him live in the game with Playdom’s surprise update before Halloween.

Along with the opportunity to unlock Blade by completing the Spec Op 22 quest list, you can also unlock Morbius as well – although details on how to unlock him are a secret at the moment. 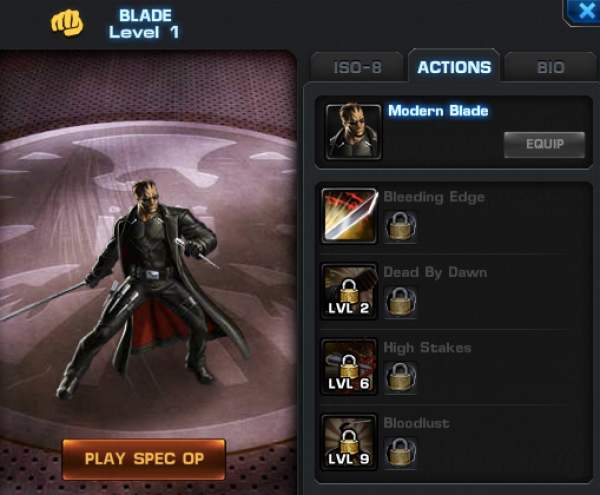 We are waiting for the full task list to go live, but we can already see that the first three missions are 1) Defeat Vampires and Demons, 2) Complete flight deck missions and 3) Defeat Grey Gargoyle mini-boss.

We can also tell you that the demons can be defeated in regular story mode, Chapter 6-4 has a three demon low-threat that you may want to choose. The Avengers Alliance Spec Op 22 heroes required for the Epic Boss are also revealed as Gorgon, Nico Minoru and Medusa.

Once the full task list is live, we will update this but for now let us know your progress so far in the comments and any tasks that you can help to fill in.

What are your first impressions of Blade, have you figured out how to unlock Morbius yet?

1.Defeat 3 demons and 3 vampires
2.Complete 2 Flight Deck Missions
3.Defeat Grey Gargoyle
4. Defeat Morbius
5. Collect 20 Unstable Iso-8
6. Research the Hallowed Flame Grenade
7. Use 3 Hallowed Flame Grenades during combat
8. Complete 2 Deploys
9. Get 2 Stars of Mastery in Mission 1
10. Fight 5 PVP Battles
11. Research the Grimoire of the Legion
12. Use the Grimoire of the Legion in combat 3 times
13. Defeat a Miniboss in Mission 2
14. Defeat a Boss in Mission 2
15. Get 2 Stars of Mastery in Mission 2
16. Research the Sanctification of Flesh
17. Use 3 Sanctification of Flesh scrolls in combat
18. Win 3 PVP Battles
19. Release Black Knight, Captain Britain and Union Jack from Dracula’s glamor by defeating them in combat or defeating Dracula in Mission 3 with Strike Team: Lamia.
20. Release Scarlet Witch, Human Torch and Deadpool from their torment by defeating them in combat in Mission 3 with Strike Team: Expurgo.
21. Recover all allies from Mission 2 and Mission 3.
22. Retrieve the items request by Dr. Strange. The Darkhold is found by completing the London missions and the Demon Skulls are found the New York missions, in fights involving demons.
23.Use Blade in Combat, Use Blade’s “Bleeding Edge” 3 Times, Use Blade’s “Bloodlust” 2 Times
24. Get 3 Stars of Mastery in Missions 1, 2 and 3
25. Protect Dr. Strange while he performs the ritual to break the spell in the Dracula and Mephisto boss fight in Mission 4
26. Defeat The Hood, Epic Boss on Mission 1. 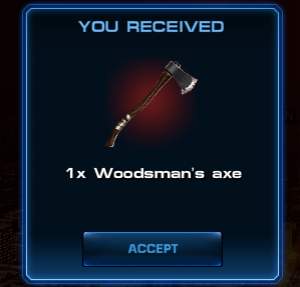