Marvel Avengers Alliance is seeing some increased activity this month, thanks to the end of Avengers Alliance PVP 15. As we told you earlier this week, there were some problems with Avengers Alliance not loading but these have now been fixed by developers Playdom and everybody should be happy with the outcome.

The PVP 15 rewards patch has now gone live, meaning that those who finished in Gold, Diamond and Vibranium leagues will be upgraded to the next league – compensation from Playdom since the game went offline during the last hour of the tournament.

As a result, it means that many players of the game will now have access to both the Tactician’s Empowered Armor and Rocket Raccoon. Both of these rewards now mean that there are some fantastic combinations that are possible in the game, not to mention bringing back a vast array of buff gadgets that you may have thought were buried.

This is possible thanks to the Snappy Service E-ISO, which agents can now put on their Empowered ISO slot to make all buff actions a quick-action if they were not already. This means that you can use the likes of the Quantum Jumper, Magnetic Field Generator, Digital Decoy for some really interesting combinations.

With Rocket Raccoon’s passive Trigger Happy, he will now follow up on most counter attacks or follow-up attacks, which can lead to some devastating and somewhat overpowering conclusions with Union Jack – a hero that also shares the same passive ability. 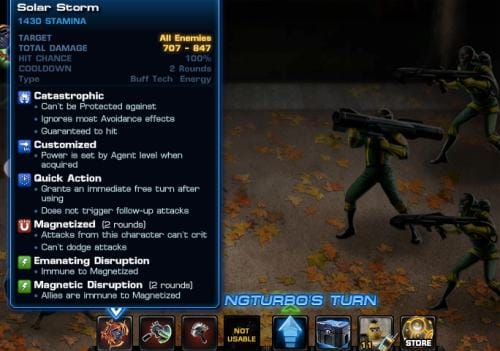 To give you an example of what these two heroes can do, just watch the video below which shows you all you need to know. We think that it is only a matter of time before Playdom takes action on this. Remember that Playdom may have even been worrying about this same problem here with a developer account, so it will be interesting to see what happens.

If Playdom doesn’t take action before Avengers Alliance PVP 16, then we recommend training Iron Fist to level 14 so you can be prepared for the follow-up onslaught that will inevitably come. Then again, Iron Fist’s combo breaker ability is broken at the moment, so Playdom needs to fix that too.