It’s a very exciting time to be playing Marvel Avengers Alliance, as developers Playdom are doing a good job in providing weekly updates to players ensuring that the game remains fresh and relevant with current events in the Marvel Universe.

We can see that there is plenty of new content that is on the way thanks to the San Diego Comic Con reveal, but we can also see that the initial Marvel Avengers Alliance heroes coming soon leak that we shared last year is starting to look legit as well.

To refresh your memory, we told you back in December 2013 about a leaked infographic that apparently confirmed that the likes of Blade, Doctor Voodoo, Namor, Jubilee and Howard the Duck were all on the way as playable characters.

We’ve added the graphic once again below this post to show you the characters in question. Now, at the time of writing we can see that from that image, Rocket Raccoon, Doctor Voodoo and Iceman are already playable characters in the game. 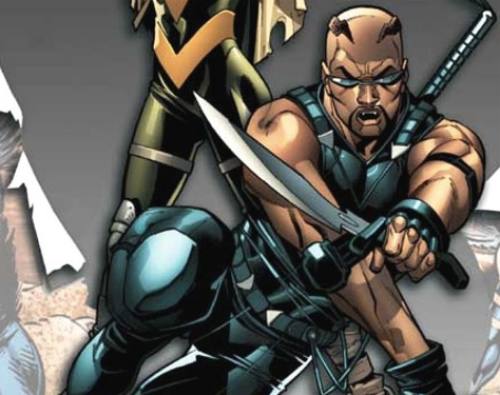 Additionally, developers Playdom have confirmed during Comic Con that Howard the Duck is coming, while Blade will also be coming around the Holiday period too – ie, in possible reference to a Halloween Spec Ops special.

A Luke Cage Worthy alt has also been confirmed as the Marvel Avengers Alliance Season 2 Chapter 7 reward, while we have already had new alt costumes released for She-Hulk and Spider-Man.

Putting these clues together suggests that the image leak was real all along and it means that we could get announcements for Namor and Jubilee soon – Namor remains a massive request from the Marvel community.

Remember that this is on top of plenty of other new Marvel Avengers Alliance characters coming soon as well – these can include Medusa, Karnak and Fixer.

What are your thoughts about Marvel Avengers Alliance in its current state? We were pretty critical of Playdom in relation to many broken items and bugs in the game, but it seems to be a lot more stable at the moment and it’s great to see.

Are you looking forward to these characters coming soon in the months ahead?