The price for the Maruti Celerio Diesel has finally been released in India, which ends all the speculation as to how much the carmaker would charge. The starting price is Rs. 4.65 lakh, which is Rs. 75000 more than the petrol version, as that started at Rs. 3.90.

We are not too surprised by this, as a diesel model usually costs more than its petrol variant. However, there are also a few other changes, which you will no doubt want to know about. 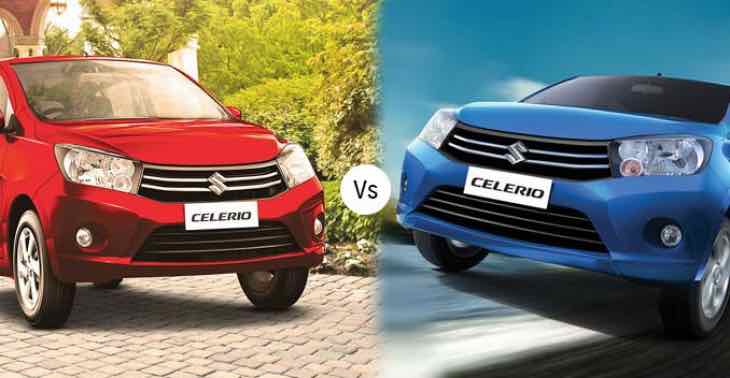 Maruti Celerio Diesel Vs petrol in India – Maruti Suzuki knew they had to offer a diesel variant because of the success of the petrol version, and so they knew if they did things right, they could improve on sales even more.

No changes were made to either the exterior or interior, as customers were very happy with the current design. There are very slight changes to certain features, although they are hard to notice, and so not even worth looking at.

However, the biggest changes that NDTV Auto has gone into a lot of detail about are the engines. It is rather obvious that they will be completely different. The petrol engine is 998cc and produces 67bhp and develops 90Nm of torque, compared to the 793cc engine that pumps out 47 horsepower, although more torque at 125Nm.

So which of the two would you rather?