If you own an Apple iPad and you’re familiar with the previously released recipe applications from Martha Stewart Living Omnimedia (such as the Martha Stewart Makes Cookies app), then you may be interested in their latest iPad offering, the Everyday Food Magazine app.

As Dusan over on the intomobile.com website recently reported, the Martha Stewart Everyday Food Magazine app provides users with quick, nutritious and family-friendly recipes, as well as audio, slide shows, animation and video clips. It even features sharing capabilities.

The application already comes pre-loaded with the January/February issue of the magazine, which provides users with 74 tasty recipes (including 8 super smoothies and desserts such as Mini Mocha Cheesecakes according to itunes.apple.com), 14 how-to video clips, 3 slide shows and much more. 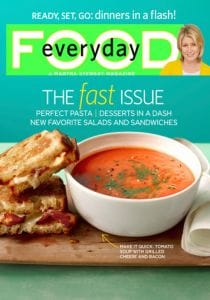 However, if users want the March issue of the magazine, they can buy it for $2.99 via the In-App Purchase. This issue provides time-saving tricks and tips, as well as recipes that are cooked in less than 45 minutes, 15 how-to videos and 15 animations that feature both before and after cooking shots. 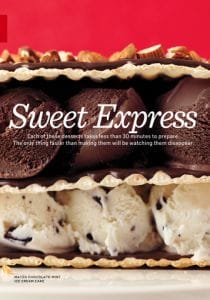