We are all aware of the dominance that Facebook has over the internet particularly the social networking business. But how long will the popular site be on top? Surely it can’t last forever?

There is no evidence to suggest otherwise. Ever since it was founded by Mark Zuckerberg in 2004 its popularity has continued to grow every year. The site now has around a staggering 600 million active users. It has already toppled over those networks that were here first such as Bebo, MySpace and Friends Reunited.

In a series on BBC Radio 4 called The Secret History of Social Networking they looked at what the future might hold for Facebook. In the episode they talk about various other new networks each with their own views of what online life will be like in the future. Amongst these new networks were Path, Foursquare, Diaspora and Kiltr. The article from the episode can be read here at BBC.co.uk. 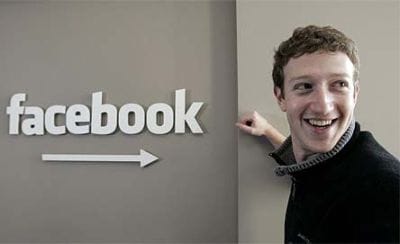 They also pointed out in their findings that Facebook being as massive as it is, finds itself ‘in the firing line’ of various scrutinizers such as parents who are insufficiently assured of their children’s safety, cybercriminals and neuroscientists.

Do you think Facebook will ever fail? Let us know your thoughts.