We know many of you are still unhappy with EA for their decision not to put Marcus Rashford into FIFA 16 Ultimate Team mid-way through the season.

Many of you initially thought that this wasn’t possible, until EA announced a few months ago that they had added players into the database mid-way – but Rashford wasn’t on that list.

What is Rashford’s rating in FIFA 17 Ultimate Team? The good news though, is that ahead of the FIFA 17 release date in September it looks like we could have an indication on Manchester United star Marcus Rashford’s FIFA 17 rating thanks to the FIFA 17 demo. 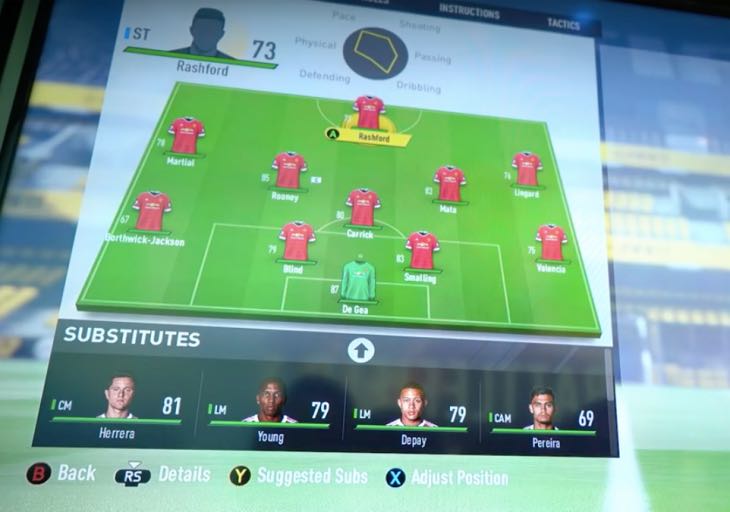 It was available to play at E3 2016 and with some gameplay leaking recently, footage from that demo shows Rashford with a 73 rating.

EA may well change the rating before the full game is out, remember that. But given that Rashford isn’t on FIFA 16 Ultimate Team and this is the first time we’ve seen him officially in FIFA 17, we would say that the 73 rating is probably spot on.

That silver card would be a very nice starter and who knows, he could turn out to be the Vardy of FIFA 17 and earn himself multiple in-form cards from silver up to rare gold.

Let us know what you think of this 73 rating for Rashford on FIFA 17 – is it fair or should it be lower/higher? If EA changes this rating in the build-up to launch, we’ll update this article asap and give you the new details.