We have some last minute TOTW 25 predictions to bring you now, with some potential shocks in store as well – especially to anyone who is expecting to see some new LFC upgrades for the likes of Sadio Mane and Adam Lallana.

Both players were instrumental in the recent win over Arsenal but according to the TOTW 25 predictions from FUTHEAD both players are going to be missing out in favour of other selections.

Take a look at the predictions below and see who has apparently been chosen ahead of the LFC players. 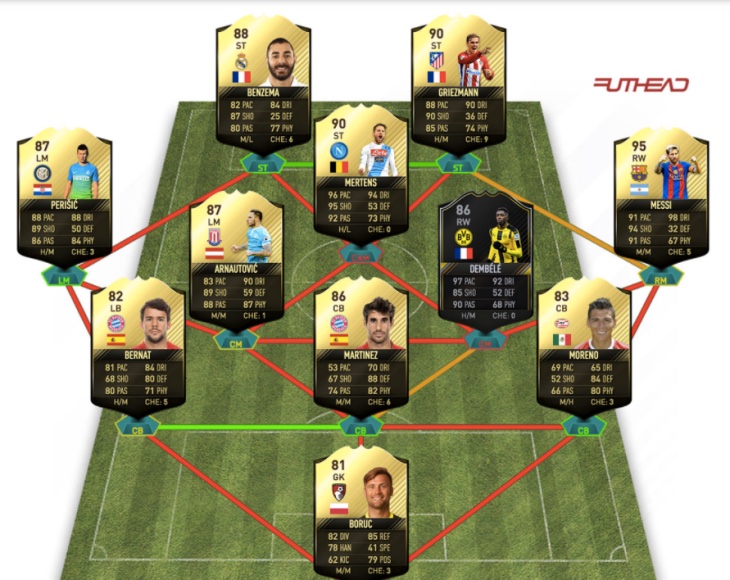 We can already see on social media that many of you are disagreeing with the choices, even saying that Firmino and Wijnaldum could be in line for an in-form card as well.

Not according to the predictions though. Having said that, there’s no shortage of star names in the midfield this week, with Messi, Arnautovic, Dembele and Perisic ensuring that there’s still some amazing cards to be had from packs.

Remember that TOTW 25 is out today from 6PM UK time on March 8. Let us know what you think of the predictions above and if you also believe a player is missing but should be on the list.