The Premier League 2015/2016 fixtures have now been announced and many clubs have already started to prepare their fans for the new campaign, which kicks off in August. If you are a fan of one of the biggest clubs in the Premier league, then you will be able to download the Manchester United 2015/16 fixtures direct to your to iPhone and Android, so that it appears on your calendar.

No doubt you will be able to do this with other clubs, such as Manchester City, Arsenal, Chelsea, Everton, Liverpool, Tottenham and more, but it was the Manchester Evening News that created this calendar, so maybe a local paper for those football teams will do the same? 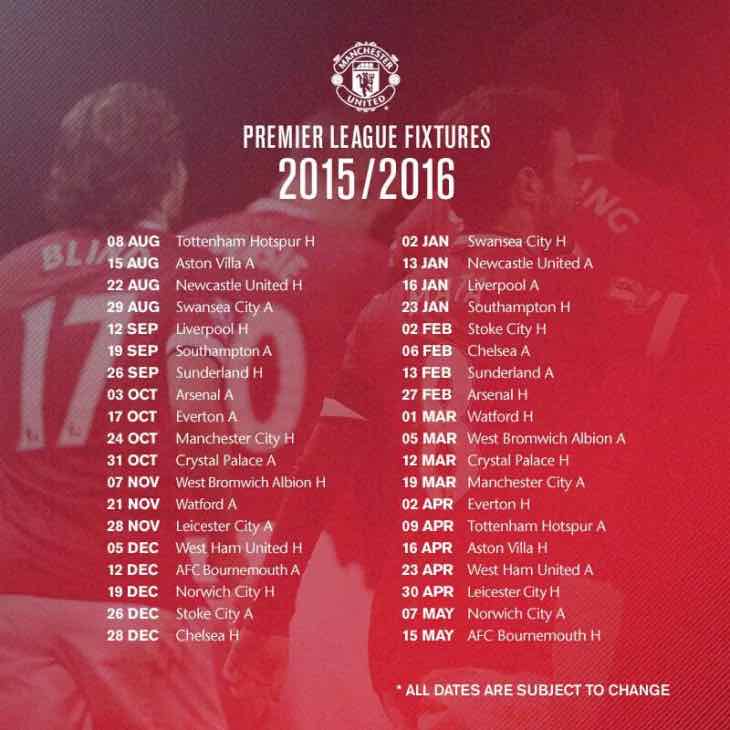 Manchester United’s 2015/16 season kicks off on August 8 against Tottenham Hotspur at Old Trafford, although the first Manchester Derby will be held on October 24.

Many of you will be able to remember all the dates you see above, but if you cannot, then like we said, you can add them to your calendar.

Download the fixtures for your for iPhone, iCal and other devices here, or Android here. Once you have clicked the link all dates will be downloaded to your device.

The official Manchester United app has yet to be updated to bring all these new dates, neither has the Barclays Premier League app, although we expect they will do over the next few days, or maybe even later today.