The Manchester City Vs Tottenham Hotspur football match at Etihad Stadium has a kick off time of 12:45pm, BST, today. As we have seen with many of the biggest games, there’s a number of prediction videos arriving on YouTube within the popular FIFA 15 title. We have featured one of these videos below and this simulation predicts a final Spurs vs Man City score of a 3-2 win to the latter team.

This particular prediction was made 6 days ago, so it doesn’t take into account recent injuries. For example, the Manchester City defender Eliaquim Mangala will be missing today’s match and he’s featured within the FIFA 15 line-up below.

Goals with the SIM come from Man City’s James Milner, Fernandinho, and Edin Dzeko. On the Spurs team, we see Christian Eriksen and Nacer Chadli score. Again, it’s more about the final score within these simulations than who scored the goals thanks to the lineup inaccuracies.

It’s worth noting the simulation is performed with PS4 Gameplay on Legendary difficulty and while these gamers aren’t always correct, especially with lineups, the final score can be spot on sometimes. We will see in a few hours if Man City really do beat Spurs 3-2. 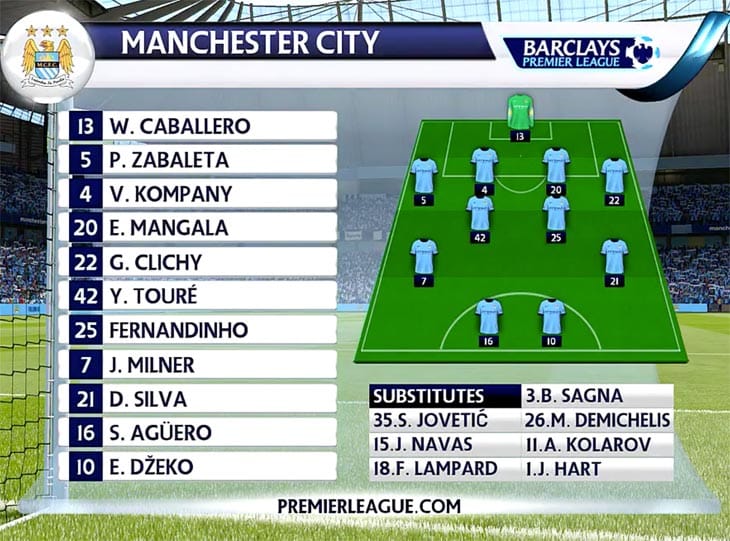 We’ve included a screenshot of the unofficial Spurs lineup below, which also uses the Match Day feature and as such will most likely not be the real lineup today. 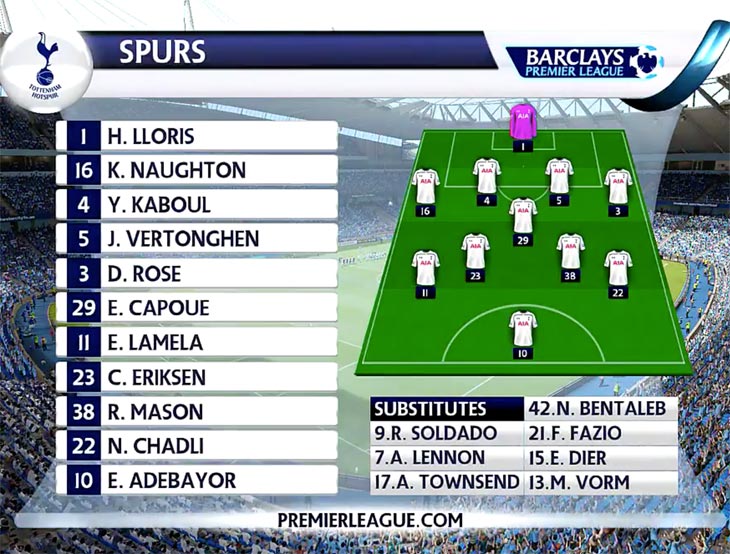 What do you think the final score will be between Manchester City and Tottenham Hotspur today? Personally, our prediction is a 2-0 win for Man Cityï»¿. Feel free to leave your own predictions in the comments.

Tottenham is lacking goals, even after a good win against Southampton. It’s unlikely that things will improve today during their game at Etihad Stadium.