The next Man City game is to be played on 18th October against Tottenham, and fears of Vincent Kompany’s fitness will be of a great concern to the fans, and so to make things easier for you, Manchester City FC has fine tuned the news that comes to your iPad. There were a few issues with the previous version, and so the developers found a way to resolve these problems, and also optimized the app as well.

It is not all positive news though, as there is known to be an issue playing videos within the City App iPad Edition, although only those who run iOS 8 or higher. Devs are currently working on a fix and is said to be very close to resolving it, which means we can expect a further Man City app update. 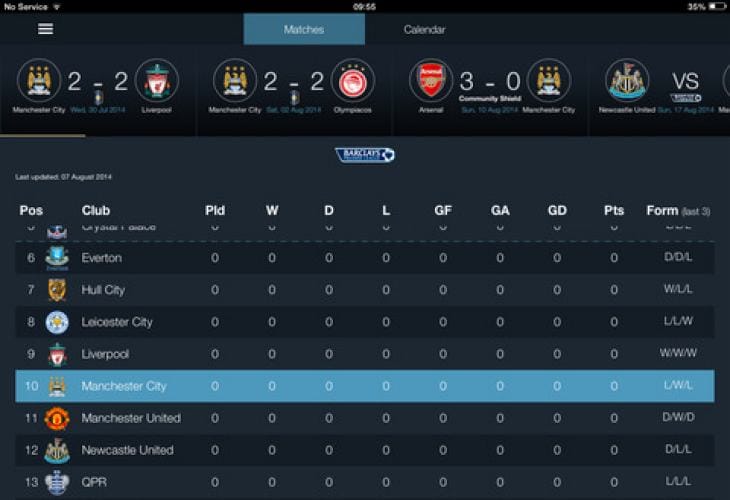 All other features within the app still work fine, giving you access to Manchester City match reports, downloadable fixture calendar, ticket news and availability, and a hub for fans to receive commentary and live score updates.

For iPad users who installed the iPhone version of this app by mistake, the latest update will detect if you are using the larger iOS device and will alert you that the City App iPad Edition is available for download.

The iPhone version seems to suffer from the same video issue for iOS 8 users, although this has now been resolved, which leaves us to believe the iPad version will follow very shortly.