We’ve already told you about the potential FIFA 17 ratings leak for the 20-11 best players and now we take a look specifically on Paul Pogba’s FIFA 17 rating leak which could be coming with one big shock.

If you saw EA reveal the 30-21 list, you’ll know that Pogba was not on that list meaning that by process of elimination he has to be confirmed on the 20-11 list and with an 88 rating or higher.

Now we may have the full details on Paul Pogba’s FUT 17 stats and more importantly, a potential confirmation of 5-star skills. He only had 4-star skills on FIFA 16 so if this is true it is a massive deal for hardcore players of the series. 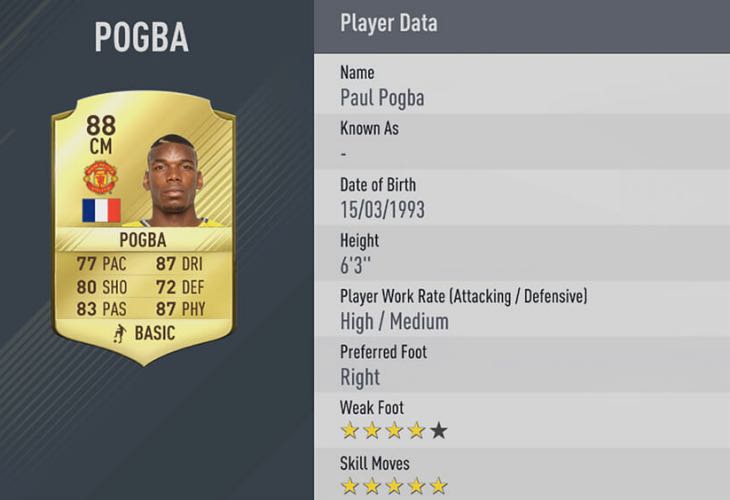 You can see the image above for yourself, showing Pogba with his new stats and 5-star skills with a +2 upgrade to 88 from his 86 on FUT 16 – the source of the image was Reddit for those interested.

Assuming the stats are real, then Pogba is going to have better dribbling and physical stats, but his shooting will remain the same as FUT 16 with an 80.

5-star skills is the main talking point though, so leave your thoughts on this below – is this a justified upgrade or not?