With 15:00 hours fast approaching, it is no surprise that we are seeing Man Utd vs West Ham in multiple starting lineup videos on YouTube. We thought we would have a look at 3 lineup and score predictions for today’s game, which could see Paddy McNair debut due to injury in the Manchester Untied team. Don’t expect Kevin Nolan and Matt Jarvis back today, although James Collins could return.

We do love how FIFA 15 gamers have started where they left off with FIFA 14 and already predicting upcoming games, but how accurate have they been? These fans cannot all be right, and so we ask that you enjoy the videos for what they are, and maybe have a little wager between friends to see which of the three videos is on the money. 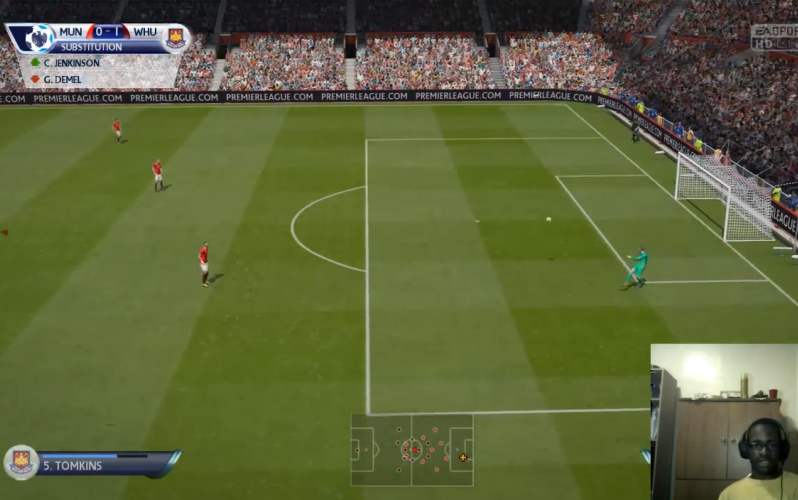 The first Manchester United vs West Ham United Premier League match prediction video runs for 14:25 and shows that The Hammers come out on top with a 0-1 win. What is very strange is that the second video also predicts the same score.

In the final video the FIFA 15 player seems undecided, although he also believes that West Ham will take the win. West ham could score first, with Manchester United equalizing and The Hammers pulling one back to take the lead once again. The fan says that a 1-2 win is more obtainable for the London side, although they could get past The reds defense to score one last time to make it 1-3.

What do you think the final scores will be?