Earlier on today we gave you an insight into the potential Man Utd Vs Southampton result on December 8, by checking out a very cool simulation running on the FIFA 15 engine.

Now though, we have the perfect counter to that, as we now have some more Southampton Vs Man Utd highlights to bring you, this time running on the PES 2015 engine!

It’s great to see the contrast gameplay between the two popular sports games and this one in particular features a great cameo from Man Utd’s out of form Robin Van Persie. 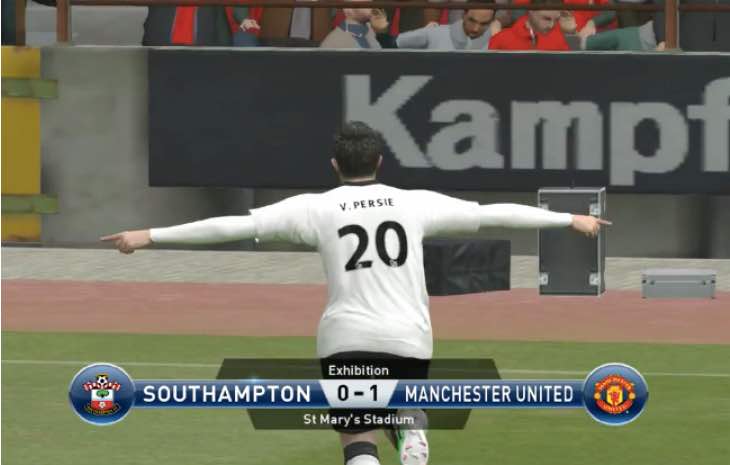 The Flying Dutchman, Robin Van Persie hasn’t hit the form of previous seasons and there has been talk that he may be unhappy once again. However, a goal in his last game against Hull City suggests a turn around may be on the cards and in this particular video that we have for you, Van Persie is first scorer against Southampton today.

Van Persie actually finds the net once again from the penalty spot, followed by a third for Juan Mata in a 3-0 win. The big question though – Will this prediction turn out to be a good omen for the Red Devils?

Check out the footage below and let us know what you think about it – your own personal prediction for the match later tonight?