The Manchester United Vs Everton FC October 5th match has a kickoff time in just under 2 hours, noon, although gamers have been giving their final score predictions for a few days now. These range in outcomes with goals from Juan Mata and Robin van Persie in the first prediction below, which gives Man Utd a 2-0 win over Everton FC.

Within the second Man Utd Vs Everton FC gamer prediction video, you’ll see the same 2-0 win to Man Utd predicted but with different players scoring. In fact, none of the four predictions end in a result where Everton FC win today against Man Utd. 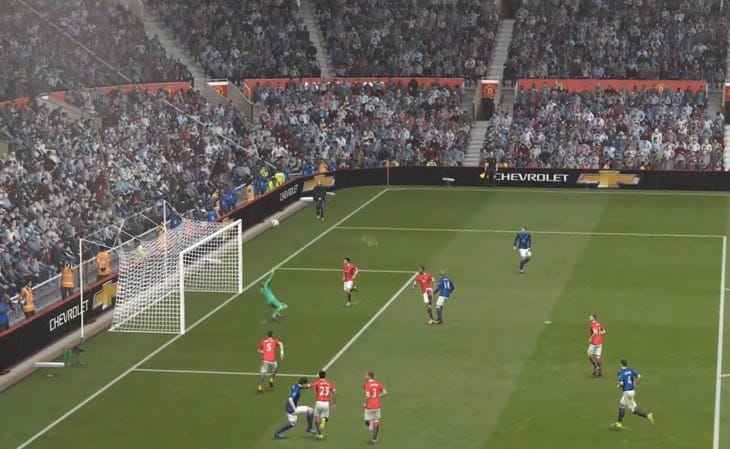 Take a look at all four videos to see how they play out, or know that the predictions include two draws and two 2-0 wins to Man Utd. The lineups featured in these videos are from the FIFA 15 game, so you shouldn’t count these as official lineups for today’s football match.

Are you expecting Manchester United to win, draw, or lose against Everton today? Personally, we’re expecting either Man Utd to win or draw with Everton, although we’d still love to see your predictions in the comments below.

Our readers should note that Manchester United captain Wayne Rooney will be starting his three-game suspension, and it’s likely that Juan Mata will replace him in the Everton FC match today.