Will Manchester United beat Crystal Palace 1-0 today? This is one prediction being made with the popular match day feature found within FIFA 15, although as we’ve seen many times before the lineup for Man Utd and Crystal Palace is all wrong thanks to the match day menu not updating at the time of gameplay and included Radamel Falcao. 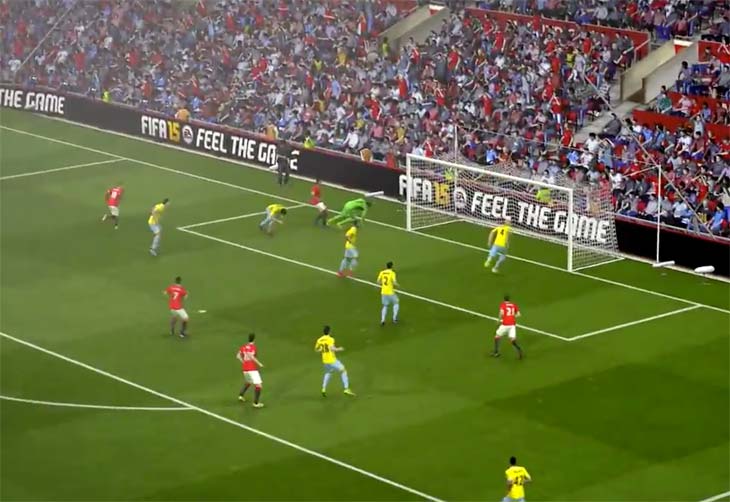 Man Utd VS CPFC prediction in FIFA 15 – one popular gamer on YouTube that normally makes predictions for top football games has once again given an expected final score. ReC0Dit predicts that Man Utd will beat Crystal Palace 1-0 in the match today.

Take a look at the gameplay below to see how it’s played out on the PlayStation 4, or leave your reaction to their 1-0 expected win for Manchester United FC. Personally, we feel Man U will struggle today without five defenders as Rafael, Jonny Evans, Phil Jones, and Marcos Rojo are all injured along with Chris Smalling being banned.

Do you agree with the FIFA 15 prediction for Manchester United vs Crystal Palace below? Will Man Utd struggle today without the defenders and Falcao not starting?