This hoax attempts to dupe FIFA 16 players into thinking the Manchester United star has just been added into the game this week by developers EA.

You can see with the authentic looking image below, designed in the same style as an EA image which shows Rashford with a silver card and a 65 rating in the game. 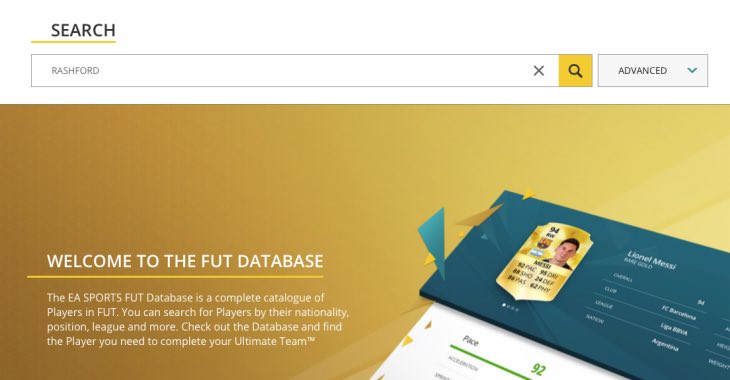 Unfortunately though, we can confirm that Marcus Rashford is still not in FIFA 16 Ultimate Team. It’s a cruel reality and a confusing one on EA’s part, but at least we can rest assured that Rashford will definitely be included in MUFC’s main roster by the time FIFA 17 launches later this year.

Did you see the same image circulating on the likes of Twitter this week and believed that Rashford had finally been added to the game?

Let’s hope that when FIFA 17 does launch, EA will then learn from this and be able to add players and managers into the database mid-season – Jurgen Klopp as another prime example.