We are counting down to the moment when reality hits FIFA 15 players with their Man United squads. Schneiderlin and Schweinsteiger have officially arrived and now as you can imagine players want to know when EA will put both players on FIFA 15 permanently.

We have seen some say that this won’t happen until FIFA 16, but we just wanted to set the record straight and say that this is incorrect.

EA has been updating their Summer transfer list almost every day and both Schneiderlin and Schweinsteiger FIFA 15 transfers are highly likely to happen before the end of this week. 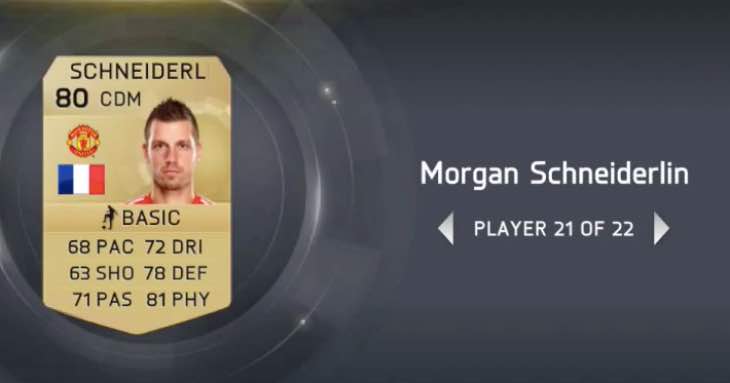 With this in mind, you want to stay peeled to EA’s FIFA Twitter account as they will announce the news there first. Alternatively you may want to book this website as the transfers will also be updated there for future reference.

With Schneiderlin and Schweinsteiger now joining Manchester United, many argue that the club has a dream midfield with Mata and Di Maria on top.

Would you agree that this is going to be very hard to get past, both on FIFA 16 and in reality? Let us know what you think about this and we’ll let you know as soon as those FIFA 15 transfers Schweinsteiger and Schneiderlin are released.