It’s an exciting time for FIFA 16 players at the moment. In a matter of days, EA will release the TOTY cards and after that it will be time for the FIFA 16 January transfer updates as well as Winter upgrades.

The real life transfer window is now open meaning that clubs can once again do business. This means that towards the end of January, EA will gradually be implementing these transfers into the Ultimate Team database.

Right away, we have some good news for Manchester United fans. It has been confirmed that Man Utd star Adnan Januzaj will be returning to the club after an unsuccessful loan spell at Borussia Dortmund. 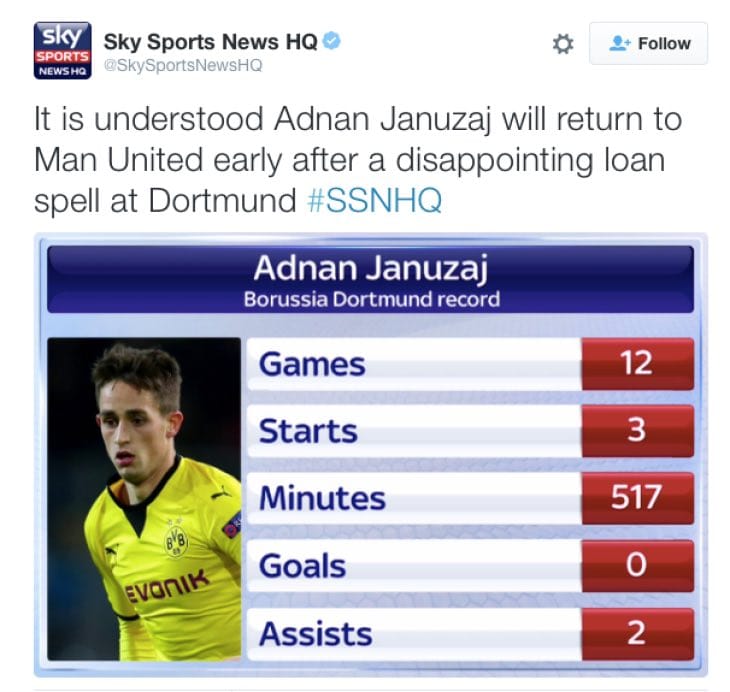 That means that once the transfer update goes live, EA will then move the player back to Manchester United’s database. The belgian has some nice chemistry potential with Fellaini, but many will just be happy to have Januzaj as an option regardless.

We also expect Manchester United to make some other transfers in the January window, so stay tuned to see what happens.

As a daily FIFA 16 player who has a Man Utd squad, are you happy that Januzaj will soon be back in the team?