The latest series looking at official player ratings for FIFA 15 studies those from 30-21 in a list of the top 50. Manchester United FC player Wayne Rooney joins 9 others in official ratings with the likes of Bayern Munich’s Thomas Muller, Marco Reus and Mats Hummels from Borussia Dortmund, and Arsenal’s Mesut Ozil.

Wayne Rooney will feature as Man Utd captain in FIFA 15 and come with an overall rating of 86. As we mentioned before, this is the same overall rating as seen with a few other football players. The likes of Sergio Aguero and Xavier “Xavi” HernÃ¡ndez also feature an 86 rating in FIFA 15. 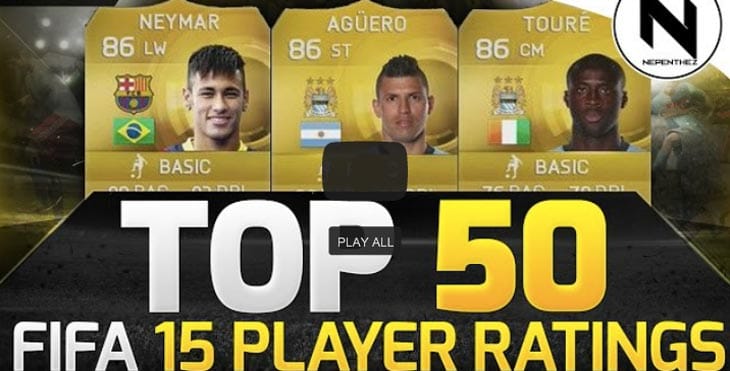 As you can see from the Wayne Rooney player data for FIFA 15 below, his overall 86 rating is a downgrade from 87 in FIFA 14. This won’t make certain Man Utd fans happy, although other football fans would expect Rooney to score lower or the others to be higher.

Are you happy with the 10 official top FIFA 15 player ratings featured in the video? Take a look at the video below, then let us know your feelings about Rooney’s official rating and the other 9 featured.

Some people already feel what EA has done with FIFA 15 ratings seems a little weird this year. This might be dependent on what club you support, although there’s certainly changes within the sub-ratings that will change how you’d want to build a squad with certain teams.

There’s also a lot of debate around Welbeck or Rooney starting for the match between England and Switzerland next week. Thanks to this being Euro 2016 Qualifiers it seems Rooney’s position is being questioned, although personally we expect Rooney to start.