We are hours away from another TOTW for FIFA 16 Ultimate Team and this week we can definitely confirm that Manchester City’s Sergio Aguero will be included in the lineup.

The Argentinian hitman scored as many as five goals over the weekend, meaning that EA will simply have no choice but to include him as part of the main team.

Who else is going to be in the lineup though? We have some FUT 16 TOTW 4 predictions to share with you now, as we can see that Arsenal’s Theo Walcott and Tottenham’s Christian Eriksen may be selected as well.

Meanwhile, other players that may be up for consideration include Ghent player Sven Kums who scored a hat trick, Jerome Boateng and maybe even Lewandowski and Alexis Sanchez again after both scored another two goals – pretty amazing stuff. 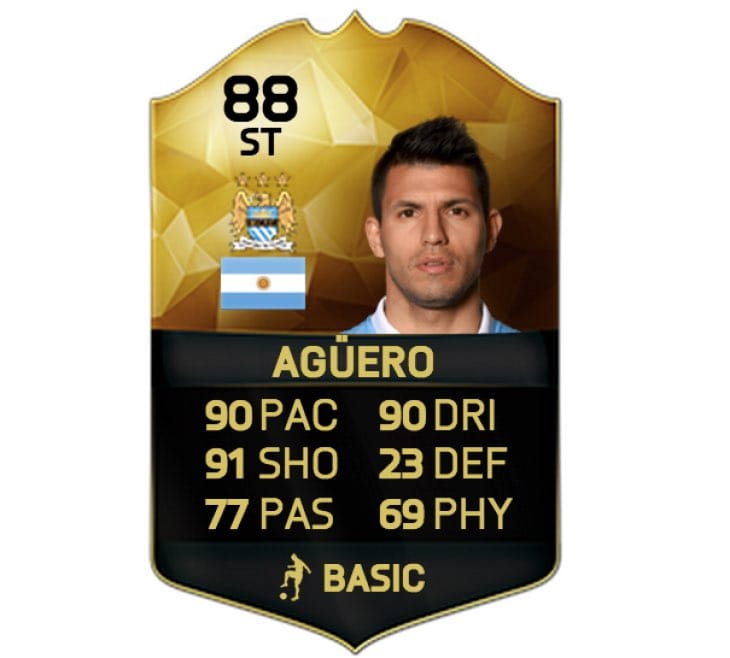 Then there’s the talk of a Record Breaker Ibrahimovic card as well of course, as Zlatan is now the all-time record holder for most PSG goals in their history – then again, EA didn’t give Lewandowski one did they?

Once the TOTW 4 predictions from FUTHead are live, we will update this and add them in for further reading. In the meantime, watch the clip below and let us know your TOTW 4 lineup for Wednesday.

On a side note: Did anyone pack a TOTW card from last week’s selection?