Today, we will see a Barclays Premier League football match between Manchester City and Manchester United at Etihad Stadium. Before the official news arrives for both a lineup and final score, we have seen fans create football simulations with the aim of predicting a result for Man City vs. Man Utd today. One of these has made the prediction of 1-1, which sees Fernando Francisco Reges and Wayne Rooney score.

While some of our readers would be happy with a draw, personally this doesn’t feel like the best result for either team. There’s a strong chance the prediction will be correct in terms of goals from either Rooney, or Fernando, but the 1-1 score is up for debate. 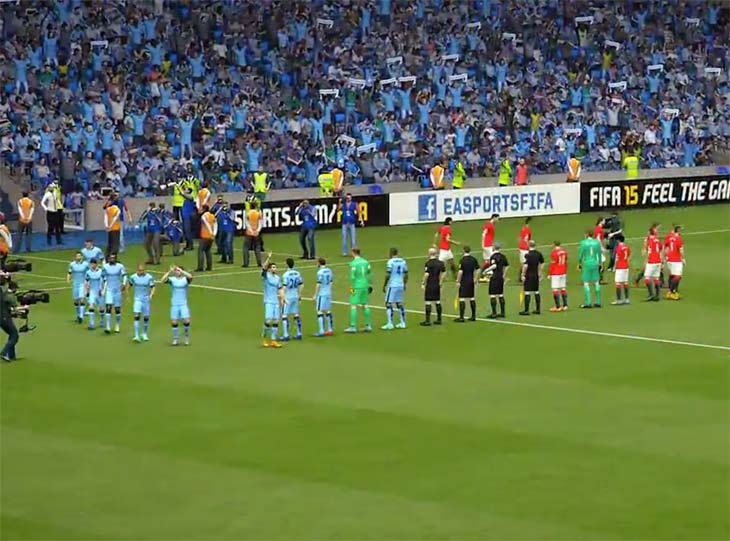 You can see the video making this Manchester Derby prediction below this article, which is played out in FIFA 15 on PS4 with the Legendary difficulty selected. Manchester City fans will hope they can win today after a defeat to West Ham, but Manchester United fans will know if they do beat Man City it will be their first win against them since Dec two years ago.

Match Day Lineup and Predicted Score – please remember that this simulated prediction uses the FIFA 15 match day feature, so the lineup of players might not be correct at the time of writing.

The latest news for Man Utd reveals David Silva won’t be playing, Wayne Rooney will return after his 3-match ban, and Radamel Falcao will be missing from the lineup today. 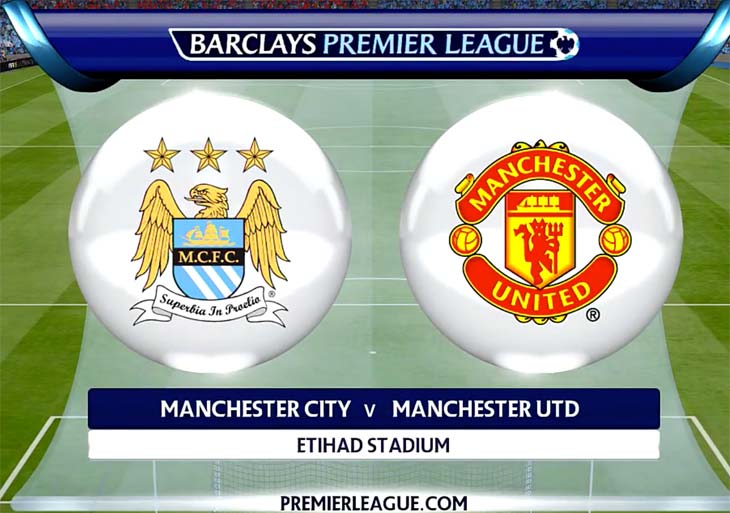 Do you agree with the Man Utd Vs Man City 1-1 prediction made in FIFA 15? If not, then what do you expect the final score to be? Kick off time is set for 1:30pm UK time, it’s going to be a great battle between two teams that live next door to each other.